Here's a roundup of top stories from the world of politics, sports, and entertainment, which grabbed the spotlight and trended the most on various social media platforms on February 27. 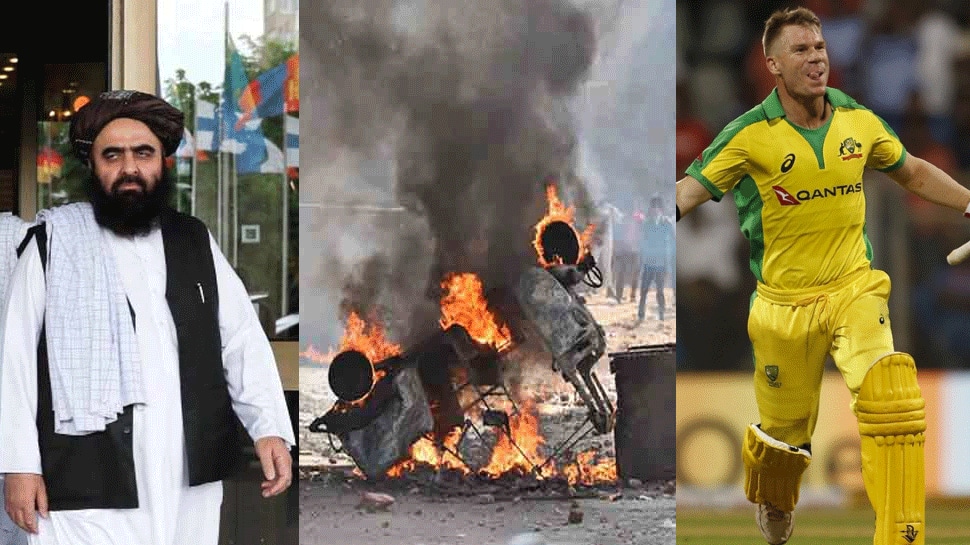 Here's a roundup of top stories from the world of politics, sports, and entertainment, which grabbed the spotlight and trended the most on various social media platforms on February 27.

After the family of an Intelligence Bureau (IB) staffer, who was found dead in northeast Delhi's riot-hit Chand Bagh area, accused AAP leader Tahir Hussain behind the killing, Zee News on Thursday reached the AAP leader's Chand Bagh home and found several incriminating materials. Clashes have been raging in northeast Delhi over the Citizenship law and till now 34 people have died.
Read more

The MEA hit back at the OIC hours after it condemned the violence in New Delhi, saying, "the OIC condemns the recent and alarming violence against Muslims in India, resulting in the death and injury of innocent people and the arson and vandalism of mosques and Muslim-owned properties."
Read more

3. India to be present at US-Taliban deal signing in Qatar's Doha

The invite was sent by the government of Qatar. The state department in a release on February 21 had announced the agreement saying, "We are preparing for the signing to take place on February 29."
Read more

A case of cheating and content theft was registered against election strategist Prashant Kishor in Patna on Wednesday (February 26) after a former JD(U) leader named Sashwat Gautam accused Kishor of using his content for his 'Baat Bihar Ki' campaign without his permission.
Read more

Temple authorities stated that the unearthed coins, 504 small and one big gold coins, have letters in the Arabic script etched on them which could date back to 1000-1200 CE.
Read more

Sports News of the day

Australian opener David Warner has been reappointed the captain of Indian Premier League (IPL) team Sunrisers Hyderabad for the 2020 season starting March 29. Warner had captained Sunrisers Hyderabad from 2015 to 2017 before he was banned in 2018 from any form of cricket following his involvement in the ball-tampering incident in the Cape Town Test against South Africa.
Read more

Mahendra Singh Dhoni was seen operating a pitch roller during a practice session at the Jharkhand States Cricket Association International Cricket Stadium in Ranchi on Wednesday (February 26, 2020). Dhoni, who has been out of action since India's loss to New Zealand in the ICC One-Day International World Cup on July 9 at the Old Trafford in England's Manchester, on Wednesday showed that he can be useful in curating and rolling the pitch too.
Read more

Entertainment News of the day

Rashami had a rather tumultuous journey in 'Bigg Boss 13' as every so often she had fights with former co-star Sidharth Shukla, who won the show, and when Arhaan stepped inside, she got to know that he was previously married and had a child.
Read more

10. Konkona Sensharma and Ranvir Shorey file for divorce after 5 years of separation?

The decision to head for a divorce was taken by Konkona Sensharma and Ranvir Shorey mutually. They are parents to a six-year-old son named Haroon.
Read more