Lalu’s supporters converged outside the paying ward of RIMS where the former chief minister is undergoing treatment. 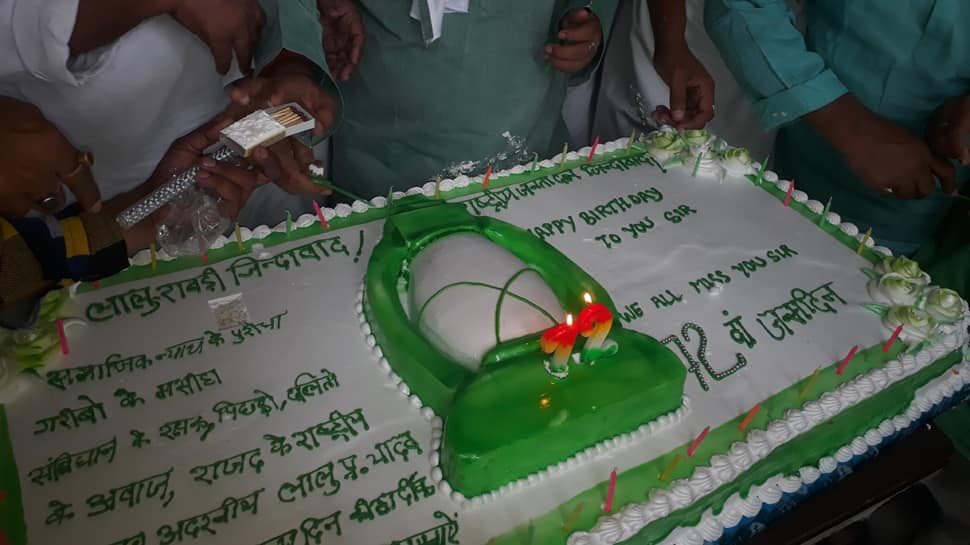 Lalu’s supporters converged outside the paying ward of RIMS where the former chief minister is undergoing treatment. They brought cakes, sweets and flowers for the RJD supremo and offered prayers for his long and healthy life.

A cake was also cut outside Lalu’s ward by the supporters, who requested the jail and hospital authorities to take the flowers, sweets and cake to the RJD chief.

Dr DK Jha, who has been treating Lalu at RIMS, said that the veteran leader would be allowed to eat some cake if he wishes.

An event was also organised by the party workers and supporters at the RJD headquarters in Patna. However, no member of the Yadav family turned up at the event for the cake cutting ceremony.

Lalu’s elder son Tej Pratap Yadav had reportedly assured that he would attend the event but failed to turn up at the party headquarters. As Tejashwi Yadav was not in Patna, Tej Pratap was expected to cut the birthday cake.

The ceremony was delayed for over half-an-hour as the supporters kept waiting for Tej Pratap, but the latter decided to give the function a miss.