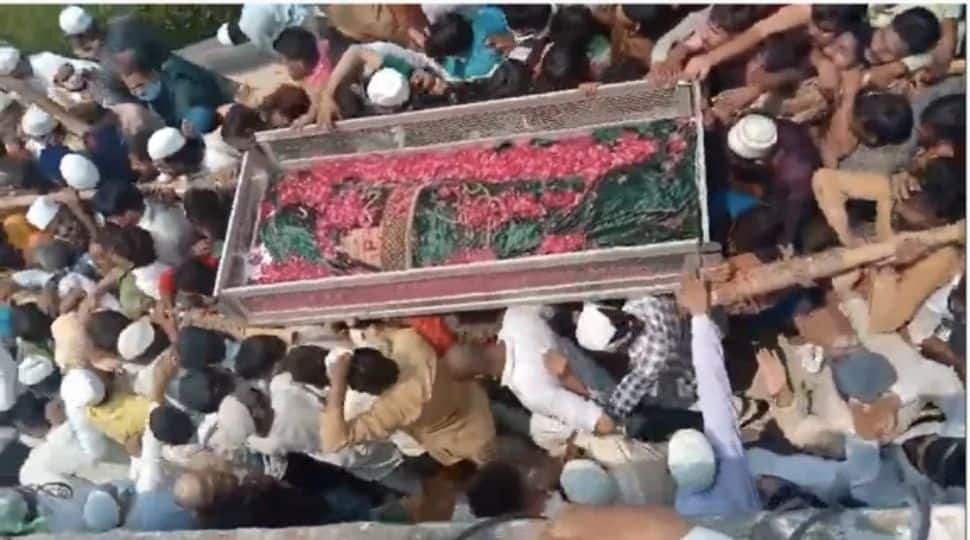 Budaun: An FIR has been lodged against unidentified people for violating COVID protocols during the funeral procession of a religious leader here, police said on Monday (May 10).

Kaji Abdul Hamid Mohammad Salimul Kadri had died on Sunday (May 9) and thousands of people had gathered to take part in his funeral.

A video of the procession, which has gone viral on social media, showed several people without face masks and flouting social distancing norms.

"An FIR has been registered against unidentified people for breaking COVID protocol and gathering in large numbers in the procession. FIR was lodged under IPC 188 (violating prohibitory orders), Epidemic act and relevant sections of

He further added by saying that, "a case has been reported from Badaun district where people gathered in huge numbers for the funeral procession of a religious leader. An FIR has been registered under Sections 144, 188 and other relevant sections at Kotwali police station. A team has been constituted under Additional SP to take action against all those found guilty."

He said strict action will be taken against the guilty and the offenders are being identified with the help of video footage of the procession.

Widely used in India, WHO warns against use of ivermectin for treatment of COVID-19