The blaze erupted at around 10 am in a paint shop on Roshni Ghar road in Inderganj area and soon spread to houses located above it. It was brought down after two hours. 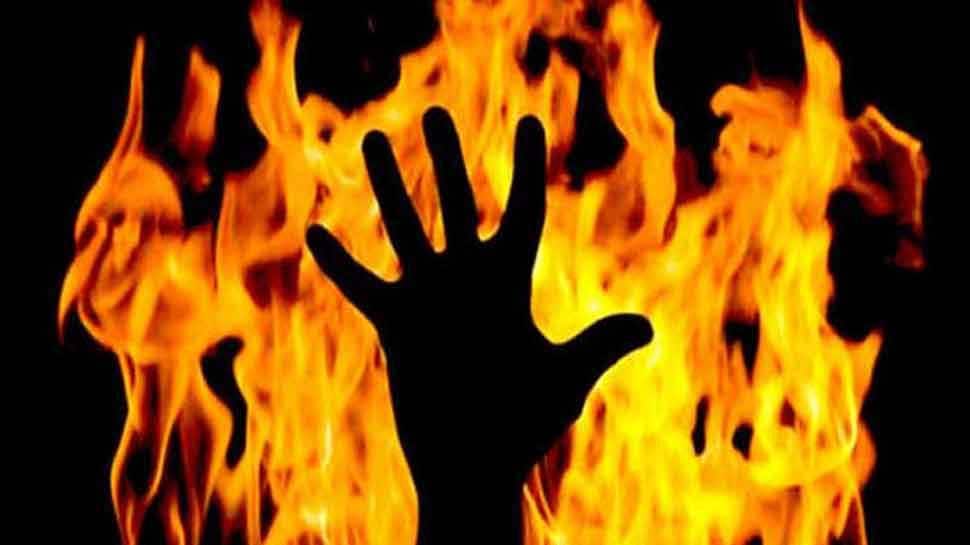 Gwalior: At least seven people were charred to death after a fire broke out in a shop-cum-residential complex in Madhya Pradesh's Gwalior city on Monday (May 18). Those among the deceased include four children and three women, police said.

Four persons also received severe burn injuries in the incident and are being treated at a hospital, where their conditions are said to be critical.

The cause of the fire has not been ascertained till now.

The blaze erupted at around 10 am in a paint shop on Roshni Ghar road in Inderganj area and soon spread to houses located above it. The paint, which was highly inflammable, acted as a catalyst for the fire.

The fire soon engulfed the entire structure and victims, who were on the second floors of the complex, found it hard to evacuate from the building. Four children belonging to two families and three women were killed in the incident.

According to the police, the 'Rangwala' paint shop belonged to three brothers - Jagmohan Goyal, Jaikishan Goyal and Hariom Goyal. The victims belonged to the Goyal family.

Firefighters managed to control the blaze after about two hours.