The said clip is understood to be from his residence in Chennai’s Velachery, a rainwater inundation and flood-prone locality. The MP is said to have been leaving for the airport, in order to reach Delhi for the Winter session of Parliament. 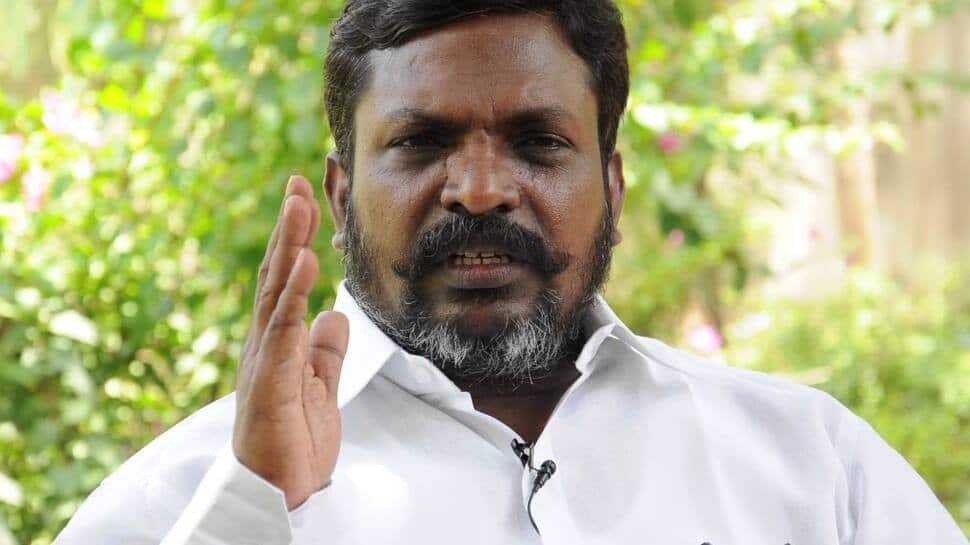 Chennai: A viral video shows Member of Parliament Thol. Thirumavalavan walking on a row of chairs, which is being dragged by his staff, in order to save himself from stepping on rainwater. The politician, who is the head of the caste outfit Viduthalai Chiruthaigal Katchi (VCK) is later seen boarding his luxury SUV.

The incident is being criticised widely for how it’s happening at a time when the common man is having to suffer the widespread inundation across parts of Tamil Nadu and specially Chennai city and outskirts. Whereas, an elected representative of the people refuses to even step into ankle-deep rainwater and wet his shoes, feet and clothes.

The said clip is understood to be from his residence in Chennai’s Velachery, a rainwater inundation and flood-prone locality. The MP is said to have been leaving for the airport, in order to reach Delhi for the Winter session of Parliament. Ironically, the video carries the watermark of the MP’s party IT wing.

Chennai and adjoining districts have been at the receiving end of spells of rain in recent weeks, which has exposed the city’s faulty stormwater drains and water management infrastructure. The incumbent DMK Government has been deflecting blame onto the previous AIADMK regime and their alleged wrongdoings. Whereas, the AIADMK says that it is the DMK government that had failed to take preparatory measures and cleaning, desilting of drains ahead of the monsoon.

DMK MLA and Chief Minister MK Stalin’s son Udhayanidhi was also at the receiving end of criticism for allegedly having celebrated his birthday at a night club in Hyderabad, when his own constituency and city were being battered by rains and inundation. A video from a nightclub, where the display is seen wishing the DMK scion is also doing the rounds on social media.

Perks of being the Prince of the Dynasty. Celebrating the birthday in style at night clubs in #Hyderabad while people of #chennai batter fury of rains and struggle to survive. Pity the voters of chepauk-triplicane n the @arivalayam cyber coolies who will stand up for this act too pic.twitter.com/0mldgS0yJi