A parliamentary committee had summoned Twitter officials over the issue of safeguarding citizens' rights on social media platforms. 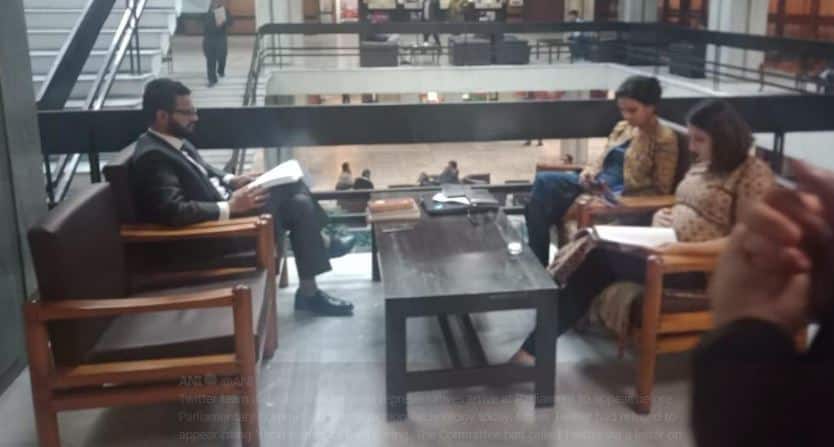 NEW DELHI: A team of Twitter India representatives on Monday arrived at Parliament to appear before Parliamentary Committee on Information Technology.

The development is significant because earlier Twitter had refused to appear before the Committee citing 'short notice' of the hearing. The Committee had called Twitter via a letter on February 1, ANI reported.

Government sources, however, told ANI that a unanimous resolution has been passed by the Parliamentary Committee on Information Technology that they will not meet any Twitter officials until senior members or CEO of the Twitter Global team depose before the Committee. The Committe has given a 15 days deadline to US-based company.

On Saturday, the government had hinted that action may be taken against micro-blogging platform Twitter after its CEO and other top officials refused to appear before a parliamentary committee that had summoned them over the issue of safeguarding citizens' rights on social media platforms.

''The Chairman of Rajya Sabha and Speaker of Lok Sabha will decide on what will be the action in such cases when somebody refuses to submit before the parliamentary committee,'' Finance Minister Piyush Goyal was quoted as saying by news agency ANI.

Goyal, however, added that ''the government doesn’t take decisions on such things.''

The remarks from the Finance Minister came after Twitter CEO Jack Dorsey and other top executives of the company declined to appear before the parliamentary panel citing "short notice" period.

The Twitter officials had been asked to appear before the panel for alleged bias against "nationalist" accounts. Twitter's letter was not well received by the panel members in what was perceived as "lack of seriousness".

The BJP had also warned Twitter of repercussions for their refusal. "In any country, no agency has the right to disrespect the institutions of that country. In this situation, if Twitter is disrespecting the established institution of Parliament, then there are repercussions," BJP New Delhi MP Meenakshi Lekhi told reporters.