News agency ANI reported that an order in this regard has already been issued by District Magistrate Devender Kumar Pandey. 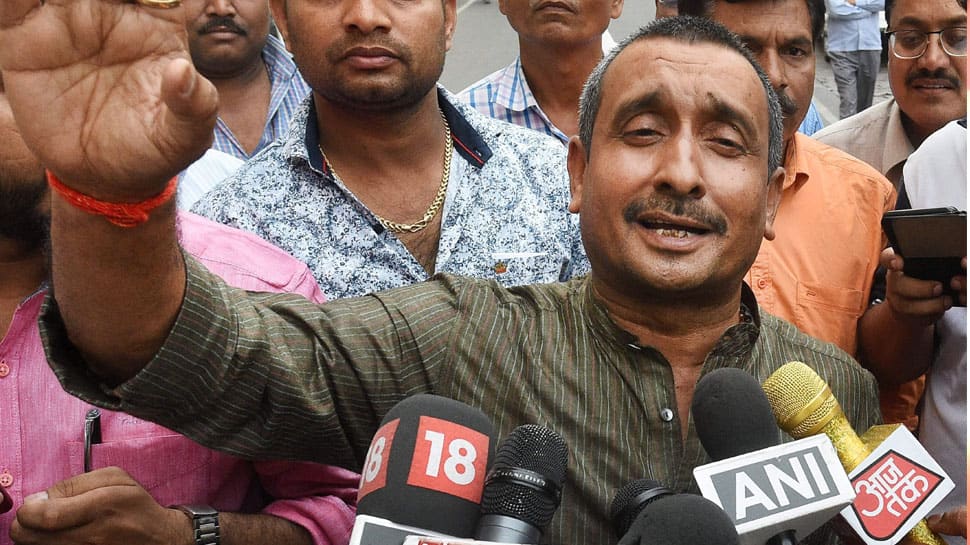 The District Magistrate of Unnao in Uttar Pradesh has ordered the cancellation of license of arms and weapons owned by rape case accused Kuldeep Singh Sengar, who has been expelled from the Bharatiya Janata Party (BJP). News agency ANI reported that an order in this regard has already been issued by District Magistrate Devender Kumar Pandey.

On Friday, Pandey had said that the license was yet to be suspended as the administration was awaiting orders from court. He had said that since suspension of arms license was a judicial action, certain procedure needed to be followed.

Sengar has three arm licenses in his name, one each for a single barrel gun, a rifle and a revolver.

This comes a day after the Central Bureau of Investigation (CBI) visited the site near Raebareli where the Unnao rape survivor met with a major road accident on July 28. While the rape survivor got seriously injured in the incident, two other women travelling in the car died.

The Supreme Court has transferred all cases related to the Unnao rape incident, barring the accident near Raebareli, to the national capital. The top court has said that a final decision on transfer of the accident case to New Delhi will be taken after the investigation is completed by the central agency. The CBI has been given 7-14 days to investigate the accident.

The mother of the rape survivor, meanwhile, has expressed her apprehension in shifting her daughter to the national capital for further treatment. The girl is currently in a critical condition and had been put on ventilator.

The prime accused, Kuldeep Singh Sengar, a legislator from Bangermau in Unnao district, had allegedly raped the teenage girl at his residence in Unnao on June 4, 2017, where she had gone to seek a job. He was arrested by the CBI last year and is lodged in Sitapur district jail.