US President Donald Trump praises PM Modi, says we will call him 'father of India'

Calling PM Modi a great gentleman and a great leader, Trump said that India was very torn and there was a lot of dissension and fighting in the country before Prime Minister Modi came to power. 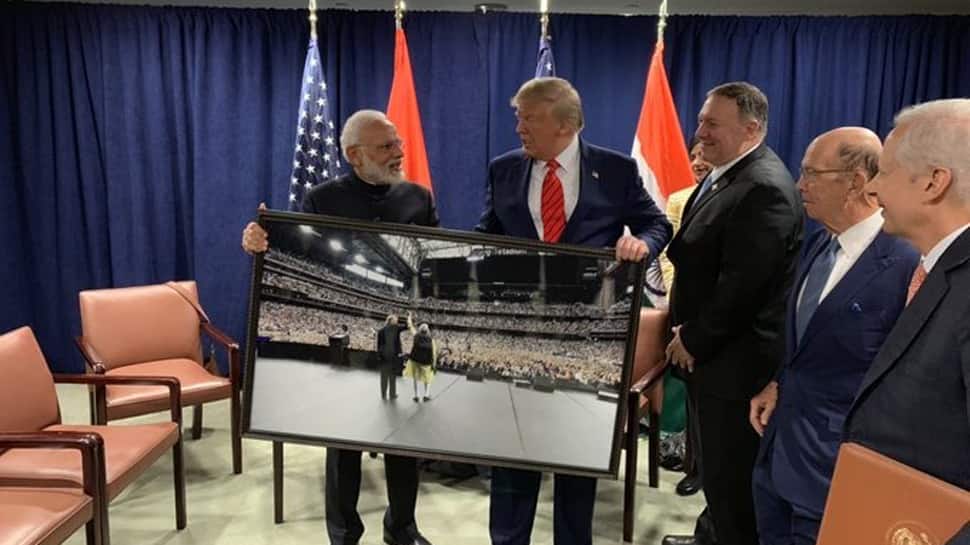 Heaping praises on Prime Minister Narendra Modi, US President Donald Trump on Tuesday said that PM Modi is the 'father of India'. Trump made the statement during a joint media interaction after the meeting of the two leaders on the sidelines of the United Nations General Assembly in New York.

US President: He (PM Modi) is a great gentleman & a great leader. I remember India before was very torn. There was a lot of dissention,fighting & he brought it all together. Like a father would bring it together. Maybe he is the Father of India. We'll call him the Father of India pic.twitter.com/YhDM3imoxl

Replying to a query about tackling terrorism emanating from Pakistan, Trump said Modi is capable enough of dealing with it. The US president said that PM Modi and his Pakistani counterpart Imran Khan will get aling when they meet and talk to each other. "I really believe that Prime Minister Modi and Prime Minister Khan will get along when they get to know each other, I think a lot of good things will come from that meeting," said Trump.

Trump also said that Washington would soon ink a trade deal with India to boost economic ties between the two nations. "We are doing very well. I think very soon we will have a trade deal," he told the reporters.

The bilateral meeting between Modi and Trump comes just two days after they shared stage at the 'Howdy, Modi' mega event in Houston. The event was attended by over 50,000 Indian-Americans and both PM Modi and Trump addressed the mega event.

Huge cache of arms, ammunition and explosives recovered in Assam