Use of weaponised drones for terrorism needs serious attention: India at United Nations

The IAF attack is the first instance of suspected Pakistan-based terrorists deploying drones to strike at the country's vital installations. 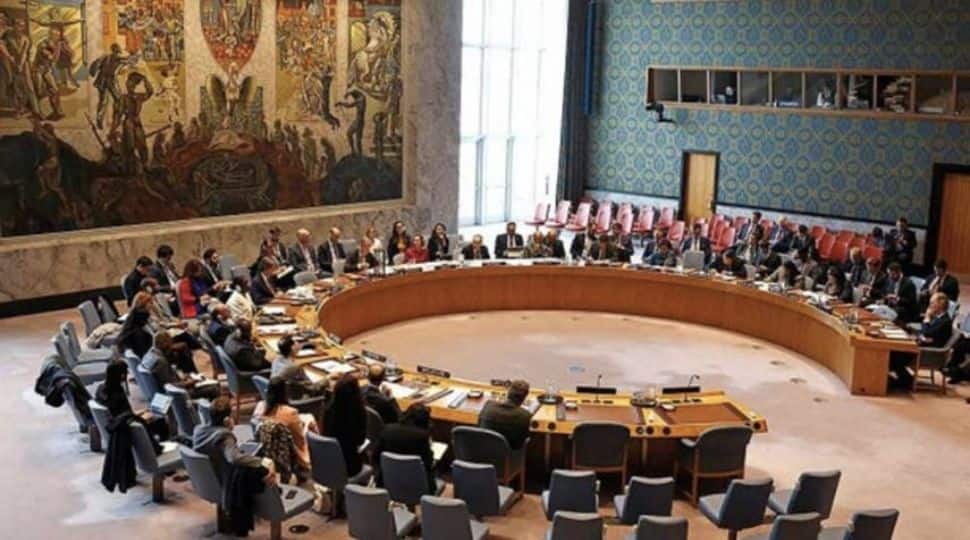 United Nations: The possibility of the use of weaponised drones for terrorist activities against strategic and commercial assets calls for serious attention by the global community, India has told the UN General Assembly, a day after two explosives-laden drones crashed into the Indian Air Force (IAF) station at Jammu airport.

A fresh attempt to attack a military installation with the help of drones was foiled by alert Army sentries at the Ratnuchak-Kaluchak station who fired at the unmanned aerial vehicles that flew away, an incident that came hours after an IAF station saw the first terror attack using quadcopters.

The first drone was spotted at around 11.45 pm on Sunday followed by another at 2.40 am over the military station, which witnessed a terror attack in 2002 in which 31 people were killed, including 10 children. The IAF attack is the first instance of suspected Pakistan-based terrorists deploying drones to strike at the country's vital installations.

"Today, misuse of information and communication technology such as internet and social media for terrorist propaganda, radicalisation and recruitment of cadre; misuse of new payment methods and crowdfunding platforms for the financing of terrorism; and misuse of emerging technologies for terrorist purposes have emerged as the most serious threats of terrorism and will decide the counter-terrorism paradigm going forward," Special Secretary (Internal Security), Ministry of Home Affairs in the Government of India, V S K Kaumudi said.

Speaking at the "Global scourge of terrorism: assessment of current threats and emerging trends for the new decade', he said, "another add-on" to "existing worries" is the use of drones.

"Being a low-cost option and easily available, utilisation of these aerial/sub-surface platforms for sinister purposes by terrorist groups such as intelligence collection, weapon/explosives delivery and targeted attacks have become an imminent danger and challenge for security agencies worldwide,? he said at the 2nd High-Level Conference of the Head of Counter-Terrorism Agencies of the Member States in the General Assembly.

"The possibility of the use of weaponised drones for terrorist purposes against strategic and commercial assets calls for serious attention by the member states. We have witnessed terrorists using UAS to smuggle weapons across borders," Kaumudi said, according to his statement issued by the Permanent Mission of India to the UN.

Kaumudi said the COVID-19 pandemic and the subsequent isolation have further accentuated the impact of the internet on people making them vulnerable to radicalisation and recruitment by terrorist groups.

Spreading terrorist propaganda through the use of "indulging video games" is another strategy that was deployed by terrorist groups during the pandemic, he said.
"It is imperative for countries to adopt a multi-pronged approach to tackle the global threats emanating out of misuse of new technologies particularly aiming towards terrorism and violent extremism conducive to terrorism," he said.

India called on the world to remain united against tendencies of labelling terrorism based on terrorist motivations especially those based on religion, and political ideologies.
"This will certainly divide us and weaken our fight against terrorism," Kaumudi said.

He said the transborder nature of this threat calls for collective and unified action by the international community, without any excuse or exceptions, ensuring that those countries which provide safe havens to terrorists should be called out and held accountably.

India noted with concern that internet and social media platforms have turned into indispensable resources in the toolkit of global terrorist groups for spreading terrorist propaganda and conspiracy theories aimed at spreading hatred among societies and communities and offer additional radicalisation opportunities which may proliferate globally.

"The increased use of closed group communications adds to the concern," he said.

Kaumudi told the General Assembly that continuing advancements in evolving technologies, such as Artificial Intelligence, robotics, 'deep fakes', blockchain, dark web are fraught with the risk of being abused by terrorists. "Already, cryptocurrencies, virtual assets, crowdfunding platforms are helping terror financing, owing to anonymity and un-traceability of these technologies," he said.

India has put in place an elaborate counter-terrorism and security architecture, besides introducing a series of measures in the cyber-space encapsulating counter-radicalisation and de-radicalisation strategies.