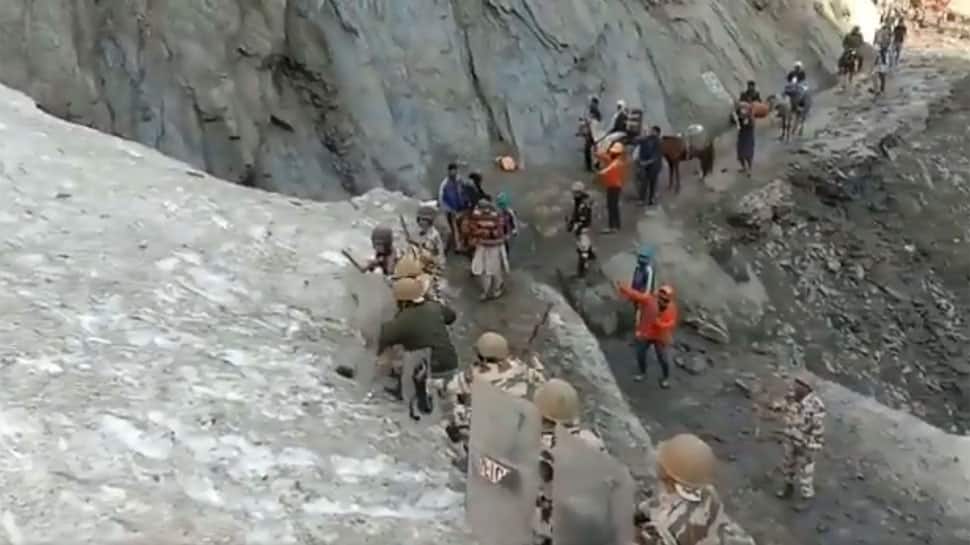 Jammu: The journey to the Himalayan cave shrine Amarnath – an annual pilgrimage undertaken to pay obeisance before the ice structure of Lord Shiva – is no easy feat. A glimpse of that difficult and risky terrain was shared by the Indo-Tibetan Border Police (ITBP) on Thursday.

The annual Amarnath Yatra, which started on July 1, will end after 45 days on August 15. Situated at an altitude of 3,888 metre, the Amarnath cave is considered as one of the holiest shrines for Hindus. The Yatra takes place from the traditional 36-km Pahalgam track in Anantnag district and 14-km Baltal route in Ganderbal district.

Earlier, the ITBP personnel also administered oxygen to over 25 pilgrims who were feeling breathlessness.