On Tuesday, vehicles, belonging to BJP supporters, parked near Shah's rally venue at Kanthi in the district were vandalised and motorbikes were torched. 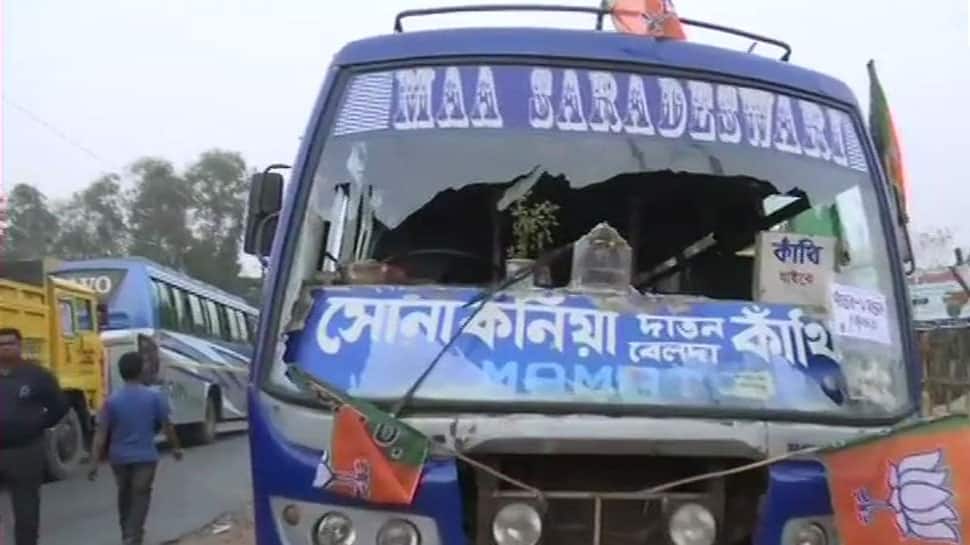 A day after vehicles of BJP supporters, who were attending a meeting of party president Amit Shah in East Midnapore district of West Bengal, were vandalised, police on Wednesday made several arrests.

“So far we have arrested as many as 14 persons in connection with the attacks. Our investigation is on and we are trying to identify more persons who had attacked the vehicles by getting in touch with the eye-witnesses. We have registered the case and a probe is on,” said a senior official of West Bengal Police.

On Tuesday, vehicles, belonging to BJP supporters, parked near Shah's rally venue at Kanthi in the district were vandalised and motorbikes were torched. Attacking the ruling Trinamool Congress government in the state, BJP leader Rahul Sinha had alleged that it is the ruling party who is behind the attack.

According to the sources in the West Bengal police, three cases were filed. One each from the Bhartiya Janta Party (BJP) and Trinamool Congress (TMC) and the third suo motu FIR was filed by the police to investigate the clashes.

BJP claimed that it was a handiwork of the TMC, however, on the other hand, the ruling party in the state ruled out such allegations. The TMC levelled allegations against the BJP for vandalising two of their party offices.

The issue took a political turn after the Union Home Minister took to Twitter to condemn the incident. “Home Minister spoke to West Bengal Chief Minister, Mamata Banerjee and expressed serious concern over reports of large scale violence and arson against people who attended BJP’s political rally in East Midnapore district. He told the chief minister that those who indulged in violence should be brought to book.”

The TMC was quick to react to the Home Minister’s remarks. “Mamata Banerjee expressed her concern to the Union Home Minister about the 'organised vandalism' unleashed in Bengal by BJP supporters. Are they political elements or hired goons from outside? They ransacked the area after the meeting. Unacceptable,” said party national spokesperson Derek O’Brien.

Counting of Jind bypoll to be held on Thursday