Yoga guru Ramdev demands Bharat Ratna for 'sanyasis', says no seer chosen for the award in past 70 years

Ramdev has demanded that seers should also be considered for Bharat Ratna. 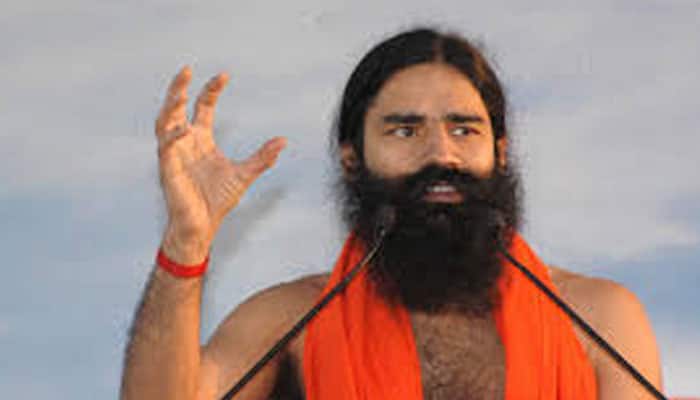 NEW DELHI: Yoga guru Ramdev has lamented that no one from the saint community has been chosen for the country's highest civilian award - 'Bharat Ratna' - in the past 70 years.

Demanding 'Bharat Ratna' for the 'sanyasis' (seers), the renowned yoga guru said that ''it is unfortunate that no one from the saint community has been chosen for the coveted award – Bharat Ratna – in the past 70 years.''

Ramdev further demanded that the Government should consider someone from the saint community for the prestigious award next year.

''It is unfortunate that no sanyasi has been chosen for the Bharat Ratna in the past 70 years be it Maharishi Dayananda Saraswati, Swami Vivekananda ji, or late seer Shivakumara Swami ji. I appeal to the government to consider someone from the saint community for the prestigious award next year,'' the yoga guru told ANI.

The remarks from yoga guru came in the wake of demands for conferring the 'Bharat Ratna' on Shivakumara Swami, the iconic Lingayat seer of Karnataka's  Siddaganga Mutt who died recently.

Shivakumara Swami died on January 21 at the age of 111 years. In Karnataka, Swami was often referred to as the "walking god" among his followers. His education society runs over 100 educational institutions in the state. The renowned Lingayat seer joined the Siddaganga Mutt in 1930 only to become its seer in 1941 after the death of his guru Uddana Swami.

Several Congress leaders had criticised the BJP government for not pitching Swami's name for the 'Bharat Ratna.'

Legendary singer Bhupen Hazarika is considered as the Northeast`s multi-faceted cultural icon. The awardees for the year were announced on the eve of India`s 70th Republic Day on Friday.

The other posthumous award in this year`s list included the name of actor Kader Khan, who died on December 31 last year after a prolonged illness in Canada. He has been recognised for his immense contribution to the world of films as a writer and actor par excellence. He was 81.

Malayalam star Mohanlal was chosen for the Padma Bhushan. He has had a prolific career spanning four decades, during which he has worked across Malayalam, Hindi, Tamil, Telugu and Kannada films.

The government also decided to confer the Padma Shri, the fourth-highest civilian honour, on film celebrities - Prabhudheva and Manoj Bajpayee.

While Manoj has been recognised for his work as an actor, Prabhudheva has been chosen for his skills in dance.

From the world of music, the versatile singer-composer Shankar Mahadevan, who is proficient in classical as well as mainstream Hindi film music, was chosen for the coveted Padma Shri.

Instituted in 1954, the Bharat Ratna award is conferred "in recognition of exceptional service/performance of the highest order", without distinction of race, occupation, position, or sex.