Trudeau’s Liberals fell short of the 170 seats needed for a majority in the 338-seat House of Commons in Canada, down 20 seats to 157 this time. However, they would be able to plug the gap with NDP support as the two parties have had alliances earlier too. 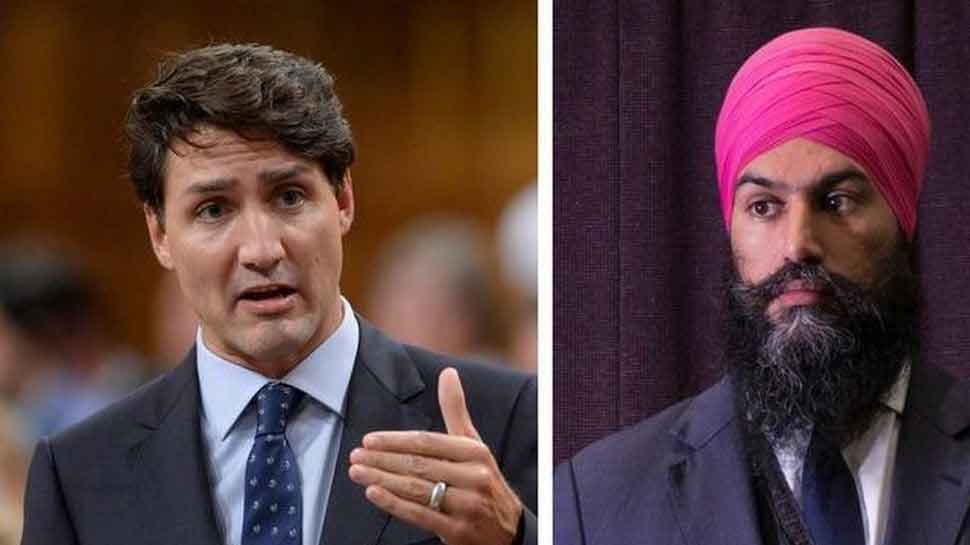 TORONTO: Canadian Prime Minister Justin Trudeau hung onto power after a tight election on Monday that saw his government reduced to a minority, results that will likely push his agenda to the left while alienating energy-producing provinces.

Trudeau, one of the world`s most prominent progressive politicians, struggled domestic scandals. He now looks set to govern with support from the left-leaning New Democrats, who have 24 seats. His Liberals did not win any seats in the oil-rich provinces of Alberta and Saskatchewan. The party was leading or elected in 157 seats, a decrease of 20, preliminary results showed.

Trudeau’s Liberals fell short of the 170 seats needed for a majority in the 338-seat House of Commons in Canada, down 20 seats to 157 this time. However, they would be able to plug the gap with NDP support as the two parties have had alliances earlier too.

As the election results became clear, Trudeau spoke to a cheering crowd in Montreal about his victory. "From coast to coast to coast, tonight Canadians rejected division and negativity. They rejected cuts and austerity. They voted in favour of a progressive agenda and strong action on climate change," he said. "We will make life more affordable, we will continue to fight climate change, we will get guns off our streets," he added.

Trudeau, the Liberal leader, and Conservative leader Andrew Scheer were the two top contenders in Monday's competitive general election. More than 300 parliamentary seats were up for grabs. Health care, the climate crisis and the cost of living reportedly are voters' top issues.

Justin Trudeau, 47, clung on to office even though his Liberal party did not get a clear majority but he would need outside support, likely from fourth-placed left-leaning New Democratic Party led by 40-year-old human rights lawyer Jagmeet Singh.

The Indian-origin politician was quick to make his stance clear on his role as “kingmaker” on Tuesday, saying, “I’m hoping that Mr Trudeau respects the fact that there’s a minority government now, which means we’ve got to work together.”

Trudeau was earlier sworn in as prime minister in November 2015.

He is the son of former Prime Minister Pierre Trudeau and is the first child of a Canadian prime minister to be elected to the office.