Earlier, during the hearing in the court, the ED officials moved an application seeking further custody of DK Shivakumar in the PMLA case probe. 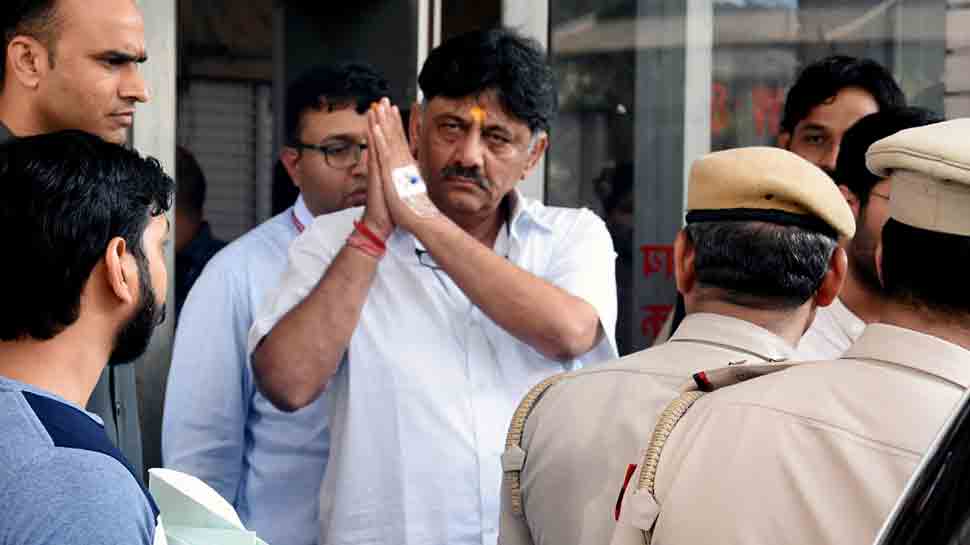 The judge asked the ED to take him to a doctor, take care of his medical condition and then question him.

Earlier, during the hearing in the court, the ED officials moved an application seeking further custody of DK Shivakumar in the PMLA case probe. The central probe agency claimed that Shivakumar was evasive and gave irrelevant answers during his interrogation.

However, opposing the plea, Shivakumar's counsel Abhishek Manu Singhvi submitted that his client was suffering from serious medical ailments, including high blood pressure.

The I-T Department, during the initial probe, had found unaccounted and misreported wealth linked to Shivakumar. The I-T Department also came across money laundering and hawala operations, involving a network of persons across Delhi and Bengaluru.