After Ferdous, another Bangladeshi actor spotted campaigning for TMC

In a video, Noor can be seen campaigning for West Bengal Chief Minister Mamata Banerjee's party. 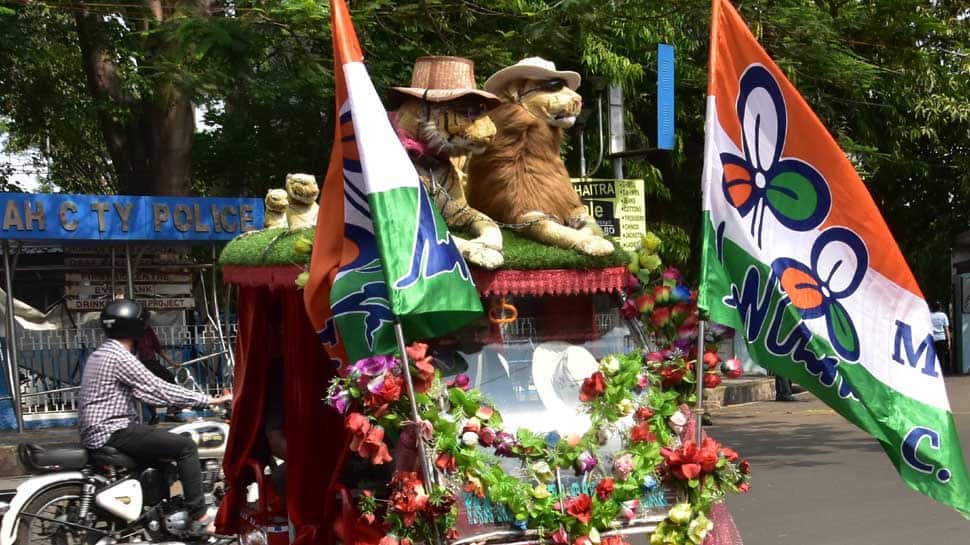 It seems that Trinamool Congress (TMC) has decided to bank heavily on Bangladeshi actors to campaign for them during this poll season as after Ferdous Ahmed another Bangladesh actor named Gazi Abdun Noor was on Tuesday seen campaigning for the party in West Bengal.

In a video, Noor can be seen campaigning for West Bengal Chief Minister Mamata Banerjee's party. The Bangladeshi actor campaigned for senior TMC leader and sitting MP Sougata Roy in the Dumdum constituency. He took part in a road show accompanied by TMC leader Madan Mitra.

This incident came to light just a day after Ferdous was caught on camera campaigning for TMC candidate Kanhaiyalal Agarwal from Raiganj constituency. Ferdous participated in a road show and sought votes for Agarwal at Hemtabad and Karandighi.

Talking to Zee Media, TMC leader and Kolkata Mayor Firhad Hakim tried to downplay the matter saying BJP is deliberately raising this issue becuase they are sure of their defeat in the state.

"We understand that foreign nationals can't participate in electioneering process in India. When TMC is using Bangladeshi nationals (actor Ferdous) for campaigning, they are breaking the rules. He should be arrested for breach of visa rules," Majumdar said.

The Ministry of Home Affairs (MHA) on Tuesday cancelled Ferdous' business visa and issued him a notice to leave India without any delay. The MHA also blacklisted the Bangladeshi actor from the country. The MHA took the decision after the Bureau of Immigration submitted a report that Ferdous had committed visa violations during his stay in India. Ferdous has already left India and returned to Dhaka.