A majority of exit polls have not predicted results that either Akhilesh Yadav or Mamata Banerjee would term as ideal. 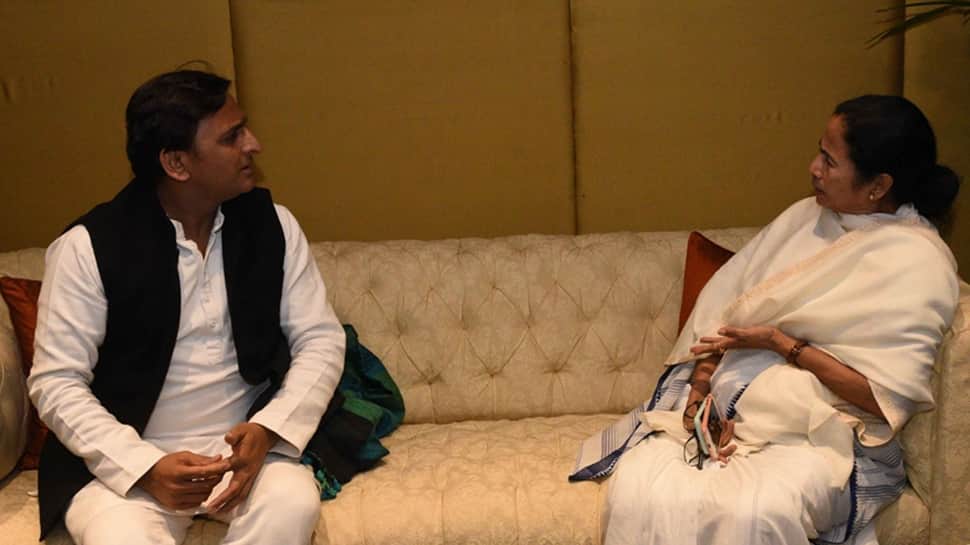 Lucknow: Predictions made by an overwhelming majority of exit polls on Sunday have not augured well for opposition parties in the country with several political leaders busy reaching out to one another. Having attacked Narendra Modi and the BJP throughout Lok Sabha election 2019, Akhilesh Yadav and Mamata Banerjee have now connected with each other and discussed possible post-poll outcomes.

Akhilesh is learnt to have made a telephone call to Mamata on Monday, just a day after almost every exit poll in the country predicted Narendra Modi to return for a second term as PM. The two leaders reportedly had a discussion on a common strategy ahead once the results of Lok Sabha election 2019 are declared. Counting of votes will take place this Thursday.

The Samajwadi Party and the Bahujan Samaj Party had an alliance in Uttar Pradesh with the common objective of trouncing BJP here. While there were efforts made by several political leaders before the election to stitch together a united opposition to NDA, it was not meant to be. Political analysts now believe that many of the leaders - Akhilesh and Mamata included - who had previously tested alliance waters in vain could once again try and combine forces in case of a hung Parliament.

The BJP, however, remains confident of closing in on the 300-seat mark on its own merit. A number of exit polls showed that the party would lead the NDA in dominating the results. These exit polls, however, have been outrightly rejected by many opposition leaders like Mamata who led a vociferous - often deplorable - campaign against BJP. Soon after the figures of exit polls were released, she took to Twitter to announce that such predictions are 'gossip' while urging the Opposition to unite.

Interestingly, Mamata had met Akhilesh in January and the TMC chief had told the SP leader at the time that they need to make sure BJP get no seats in West Bengal and UP. (Full report here)

Without the family, Congress doesn't get crowd, with it they don’t get votes: Arun Jaitley