In 2014 Lok Sabha poll, Ravi Kishan had contested from Jaunpur Lok Sabha seat on Congress' ticket and had lost miserably. 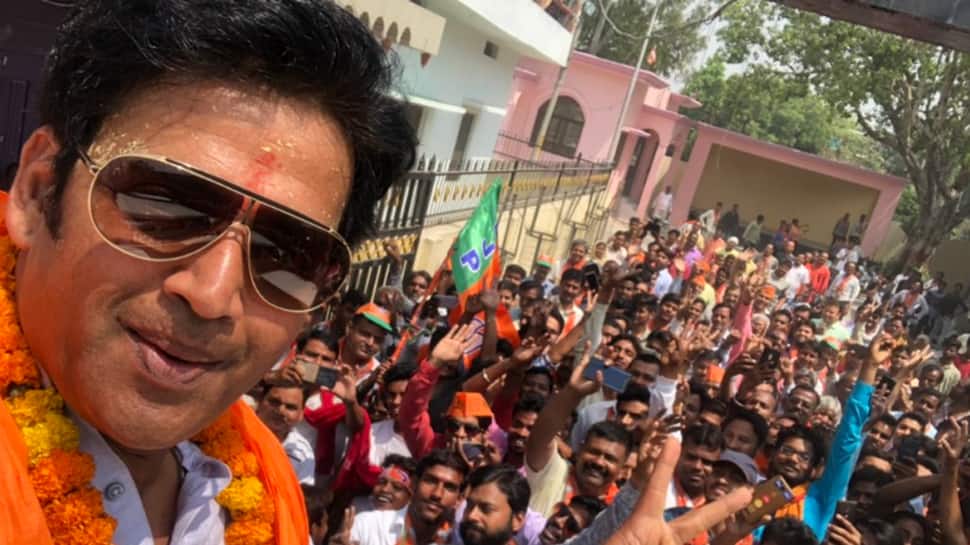 Bhojpuri film star Ravi Kishan is BJP's candidate from Gorakhpur Lok Sabha constituency in Uttar Pradesh and the seat is very important for the saffron party because it is the home constituency of Uttar Pradesh Chief Minister Yogi Adityanath.

The seat is dominated by Nishad community and SP-BSP-RLD alliance has fielded Ram Bhuval Nishad from this seat to take on Ravi Kishan. The Congress has given ticket to Gorakhpur Bar Association president Madhusudan Tiwari. Since Tiwari is a Brahmin, the grand old party is hopeful that he will get support from Brahmin and other upper caste voters, which are traditionally believed to favour the BJP.

For his part, Ravi Kishan is campaigning vigorously and is trying to woo the voters using his stardom as well as the good works done by Yogi Adityanath while he was the MP from this seat. It is to be noted that Yogi Adityanath had been the Member of Parliament from this seat for five consecutive terms since 1998.

In an exclusive interview to Zee Media, Ravi Kishan said that he is appealing the voters to return the Gorakhpur seat and temple to Yogi Adityanath.

In order to highlight that he is not focused on only winning the votes from Hindus, Ravi Kishan on Sunday visited a Gurudwara too and attended the 'Ardas'. Talking to Zee Media, Ravi Kishan said that he wants to send the message of communal harmony to all the voters in Gorakhpur.

The fight for Gorakhpur is not going to be easy for the Bhojpuri film star because many voters are claiming that he is an 'outsider'. Ravi Kishan, however, rejected this claim and stressed that the opposition is trying to give air to this claim because they are scared of his growing popularity.

Ravi Kishan also told Zee Media that if he will win from Gorakhpur then he will work for the development of the constituency together with Chief Minister Yogi Adityanath.

In 2014 Lok Sabha poll, Ravi Kishan had contested from Jaunpur Lok Sabha seat on Congress' ticket and had lost miserably. When asked that why he decided to leave Congress and Jaunpur and came to Gorakhpur to contest as a BJP candidate, Ravi Kishan said that he had committed a mistake in 2014 and has learnt his lesson now. Ravi Kishan stressed that he will now remain in BJP and will never leave Gorakhpur.

When Zee Media reporter asked Ravi Kishan why the party has given ticket to him and not to any local leader, Ravi Kishan candidly admitted that some local leaders were interested in contesting from this seat but they were pacified by Yogi Adityanath. He added all BJP leaders are now supporting his candidature and all of us are 'chawkidaar' and 'chawkidaar' always follow the command of their leaders.