Speaking in Sitamarhi parliamentary constituency, Choubey called Rabri Devi his sister-in-law and gave her the advice. 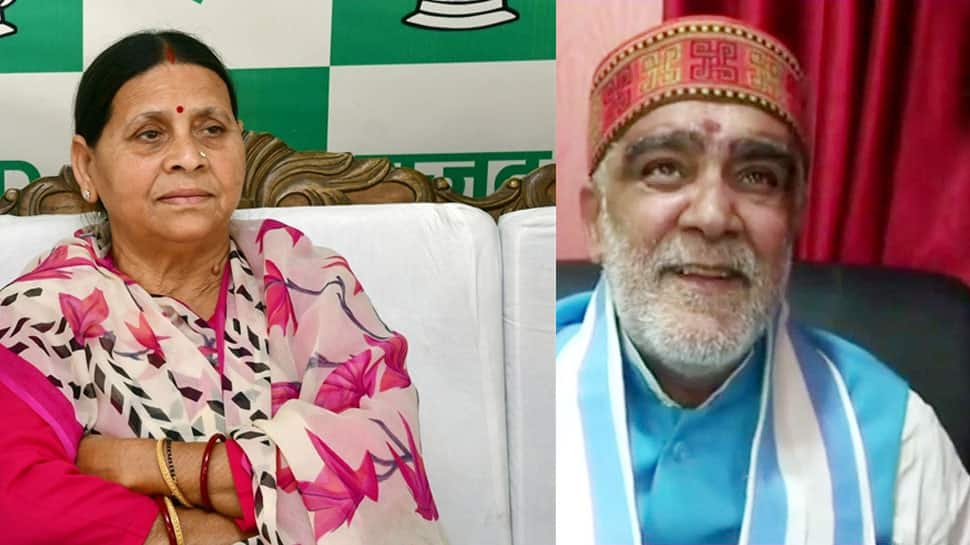 Senior BJP leader Ashwini Kumar Choubey on Saturday stirred a controversy when he suggested that Rabri Devi, former Bihar chief minister and wife of RJD chief Lalu Prasad Yadav, should stay in a veil as it will be better for her.

Speaking in Bihar's Sitamarhi parliamentary constituency, Choubey called Rabri Devi his sister-in-law and gave her the advice. Choubey was addressing an election meeting in the constituency in support of the candidate of Janata Dal-United (JD-U), a National Democratic Alliance (NDA) ally.

He is contesting the Lok Sabha election from Buxar seat in Bihar.

"Rabri Devi ji ko kya kahiyega, vo toh bhabhi ji hain. Main kahunga ki aap ghungat mein hi rahiye toh zyada accha hai. (What will one say to Rabri Devi? She is my sister-in-law. I would say that it will be better if you stay in a veil," said Choubey.

This was soon followed by a scathing attack by Rabri Devi on Choubey.

She slammed Choubey questioning if the slogan of BJP is "Beti Bachao, Beti Padhao" then why does the leaders of the party insult women. Reiterating that his statement is an insult to all women, Rabri Devi asked him if he would pose the same question to the women leaders in the party.

"Why you hate women in a veil and why are you afraid of veiled women? Is it the women empowerment lessons of PM Narendra Modi? You have exposed your mindset towards women and it suggests what it means by the BJP-led Central government`s `Beti Bachao, Beti Padhao campaign," she said.

She further added that before advising others, the BJP leader should ensure that party women leaders like Smriti Irani, Sushma Swaraj and Nirmala Sitharaman should put on the veil.