"Priyanka is comparing PM Modi to Duryodhana but her father was Raavan, who sold the nation," the BJP leader was quoted as saying. 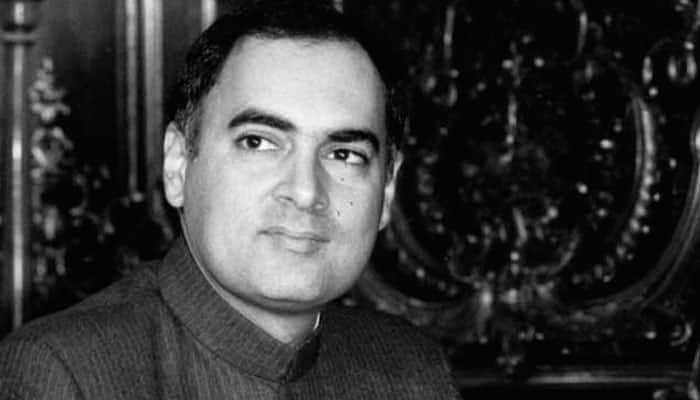 Jirati was speaking at an election rally in Indore, where he shared the dais with Lok Sabha Speaker Sumitra Mahajan.

"Priyanka is comparing PM Modi to Duryodhana but her father was Raavan, who sold the nation," the BJP leader was quoted as saying.

The war of words between the two political parties intensified earlier this week when PM Modi referred to Rajiv Gandhi as "corrupt no 1."

After which, the Congress approached the Election Commission regarding the statement and party president Rahul Gandhi tweeted that he would deal with the Prime Minister's "hatred" with "love and hug."

Meanwhile, speaking at a rally in Haryana, Priyanka accused PM Modi of being "arrogant like Duryodhana" and added that this will bring about his "downfall" in Lok Sabha election 2019.

BJP lashed out at Priyanka by saying that the Congress' frustration is for all to see.

"Priyanka just called PM Modi 'Duryodhana'. Priyanka ji, this is democracy, nobody becomes 'Duryodhana' just because you called them so. The result of Lok Sabha election on May 23 will teach a lesson to Priyanka. No amount of insults from Congress can change the mind of Indian voters," BJP president Amit Shah said at a rally in West Bengal.

However, this isn't the only time that political parties have borrowed characters from Hindu Mythology to attack each other.

"The two of them are Duryodhana and Dushasan. This is not Bengal election but Lok Sabha election. Why are you (Modi and Shah) asking questions to me when this is your performance review? You have not done even 1 per cent of the work that I have done," she said at a rally.

What PM Modi said in his interview with Zee News: Key points