BJP would do a Tripura in Odisha, surprise country: PM Narendra Modi

Prime Minister Narendra Modi on Sunday exuded confidence that the BJP would form government in Odisha, and said results of the upcoming elections in the state will "surprise" the country, as was the case in Tripura last year. 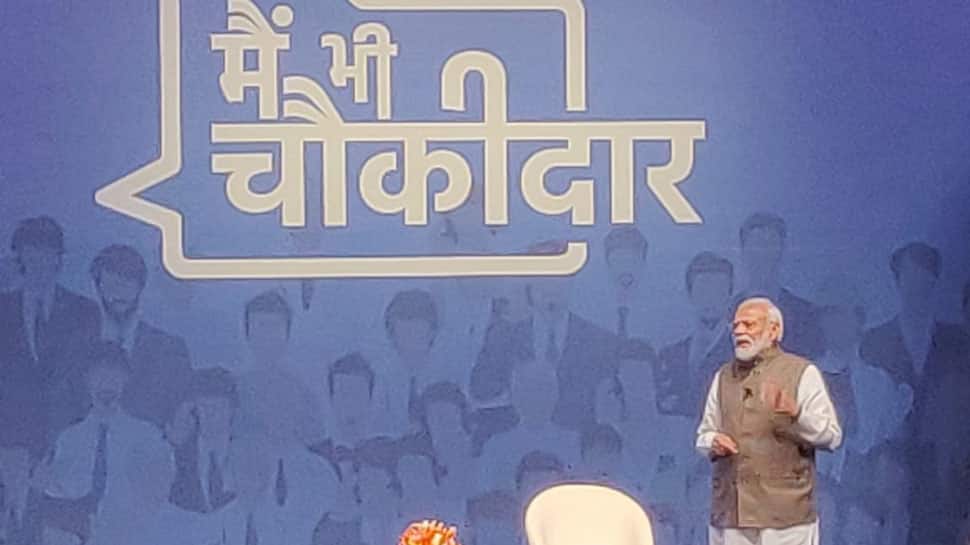 Bhubaneswar/Kendrapara: Prime Minister Narendra Modi on Sunday exuded confidence that the BJP would form government in Odisha, and said results of the upcoming elections in the state will "surprise" the country, as was the case in Tripura last year.

The prime minister was speaking at an interactive session during a 'Main bhi Chowkidar' event, through video-conference from Delhi. "Odisha will surprise everybody in the country this time... It will be a second Tripura," Modi said, implying that the BJP is poised to post an impressive show in Odisha, where assembly election is slated to be held along with the Lok Sabha polls next month.

The 25-year-old, CPI(M)-led Left Front government in Tripura was overthrown by the BJP-IPFT combine in the assembly election held in the north-eastern state last year.

In Odisha, too, the same trend will be repeated, as the 19-year-old Naveen Patnaik government would be voted out of power and the BJP will form government, PM Modi said, while interacting with people from the Kendrapara Lok Sabha constituency through video-conference.

The PM's remark assumes significance, as the saffron party has focused its attention on eastern states like Odisha and West Bengal for the ensuing elections.

Apart from Modi, Union Finance Minister Arun Jaitley also expressed similar optimism about the party's fortunes in states like Odisha. "The Tripura experience is going to be repeated in Odisha, West Bengal and Kerala. With new chemistry, our vote share and seats will have exponential jump," Jaitley said in a Twitter post.

"People want development, growth and a strong nation and not caste politics. India has shown it in 2014 elections and will re-establish it in 2019," he said.

BJP has set a target of winning at least 120 of the 147 assembly seats in Odisha.