BSP candidate from Ghosi goes missing, party campaigns for him

In Ghosi, once a Left stronghold, there are talks that BSP candidate Atul Rai has flown to Malaysia to escape arrest. 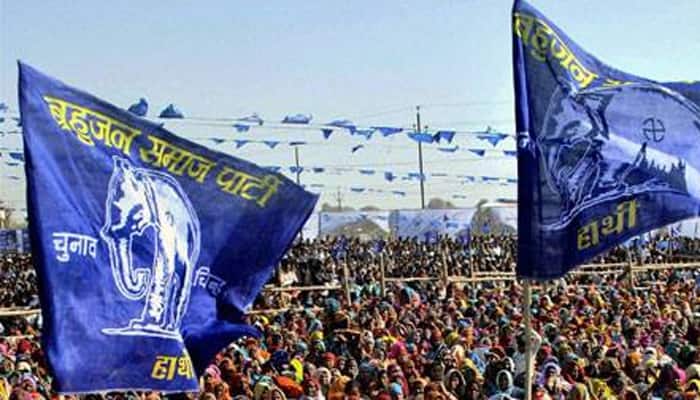 MAU: As the heat of the Lok Sabha elections reaches its pinnacle, a BSP candidate has gone missing. An FIR registered in a Varanasi police station accuses him of sexual assault.

Atul Rai, the BSP candidate from the Ghosi seat in Mau district, has been missing from the campaign scene for the past fortnight. Rai is reportedly absconding ever since the FIR was registered against him on May 1 by a college student, who alleged that he had sexually assaulted her.

Fearing arrest, Rai went underground and has not been canvassing. "We are campaigning for him and the people of Ghosi know that he is being framed. We apprehend that he may be arrested if he comes here for campaigning," said a Rai supporter.

According to reports, Bahujan Samaj Party supremo Mayawati has asked her cadres to continue the campaign for Atul Rai and ensure his victory. Samajwadi President Akhilesh Yadav has issued similar instructions to his party workers.

Mayawati, along with the former Uttar Pradesh Chief Minister, on Wednesday held a rally in Ghosi in which they urged the people to vote for the SP-BSP alliance candidate. "It is a piquant situation where the candidate is missing and the party is campaigning for him," said Mohsin Raza, a journalist.

In Ghosi, once a Left stronghold, there are talks that Atul Rai has flown to Malaysia to escape arrest. Senior Superintendent of Police Anand Kulkarni said that there were chances of Atul Rai fleeing to another country and the police have issued a lookout notice for him.

Rai`s lawyers moved the Supreme Court on Tuesday seeking stay on his arrest till May 23, when the votes polled for the 17th Lok Sabha will be counted. A Vacation Bench will be hearing the petition on Friday. The BSP candidate`s lawyers contended that it was a politically motivated move to prevent him from campaigning in the elections and thereby, sabotage his prospects as a candidate.

Mayawati during her Wednesday rally said that Rai has been a victim of conspiracy by the BJP who wants to defame him. "It is our responsibility to get Atul Rai elected and defeat the conspiracy against him," she said. The Ghosi constituency goes to polls on May 19 in the final phase of elections.