The roadshow will begin from Banaras Hindu University's iconic Lanka Gate where PM Modi will put a garland on the statue of Pandit Madan Mohan Malviya. 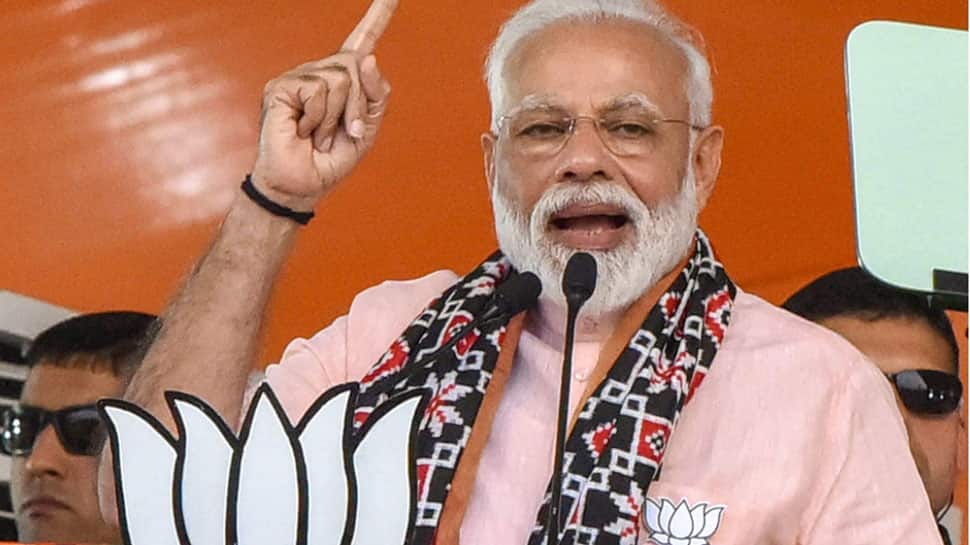 The prime minister will arrive in Varanasi at 12 pm and will embark on a roadshow at 3 pm.

Before starting the roadshow, PM Modi will hold a meeting with senior BJP leaders Amit Shah, JP Nadda, Lakshman Acharya, Sunil Ojha and Ashutosh Tandon to know about the preparations of the party for the Lok Sabha poll.

The roadshow will begin from Banaras Hindu University's iconic Lanka Gate where PM Modi will put a garland on the statue of Pandit Madan Mohan Malviya.

The roadshow will also cover the Muslim-dominated areas of Madanpura and Sonarpura and people of Muslim community will also shower the prime minister with rose petals.

At 6:30 pm , the PM will participate in Ganga Poojan and Aarti at Dashashwamedh Ghat.

On Friday, PM Modi will meet booth level workerrs at 8 am. He is also scheduled to visit Kaal Bhairav temple at 10 am. After staying at the temple for around two hours, the PM will leave for collectorate office to file his nomination.