Didi supporting those who want two Prime Ministers for the country: PM Modi in Cooch Behar 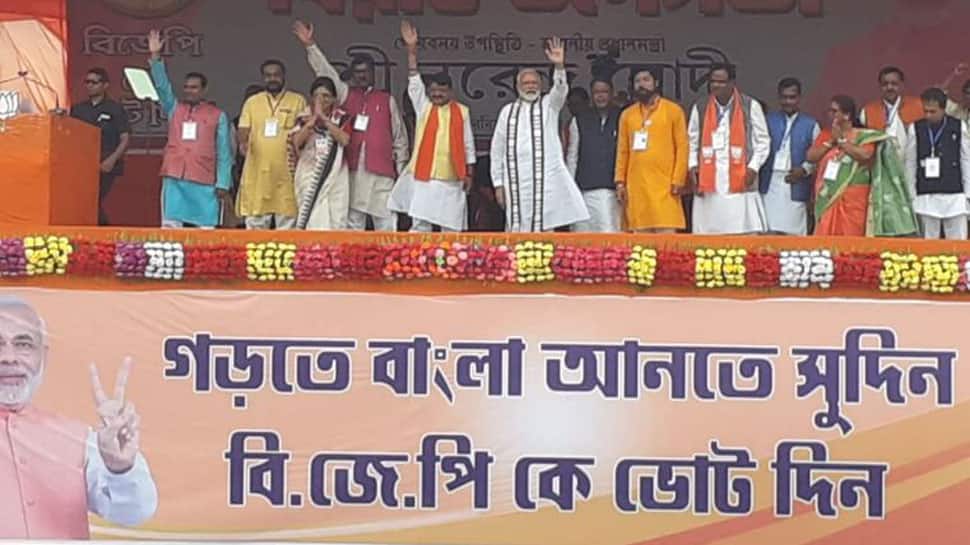 Prime Minister Narendra Modi on Sunday launched a blistering attack on Bengal Chief Minister Mamata Banerjee stating that she supports those who want two Prime Ministers in the country.

“Didi stands by the tukda-tukda gang. Didi is supporting those who want two Prime Ministers in the country. They want one Prime Minister for the country and one for Jammu & Kashmir. Are you going to support such a demand? The bua-bhatija duo is destroying the state,” said Prime Minister Narendra Modi at Cooch Behar rally.

He further claimed that Mamata Banerjee has lost her sleep with people chanting the Prime Minister’s name. “The more you chant Modi, Modi, didi is not getting sleep, she is the speed breaker towards development in the state. She is hyperventilating on the Election Commission as police officers have been transferred. She is scared,” he said.

He used the Saradha - Rose Valley - Narada rhetoric and alleged that Goddess Saradha is worshipped everywhere. But, in Bengal her name is embroiled in chit fund scams, he said. “I promise to bring those who have suffered from the Narada, Saradha and Rose Valley scams to justice,” he added.

TMC had erected a stage at the grounds even before the BJP’s meeting was to be held.

Interestingly, the stage erected by TMC remained on one side of the ground as Prime Minister Narendra Modi addressed the public meeting from the other side.

Reacting to the stage present on the other side of the ground, Prime Minister Modi said, “Didi is acting like kids. You can’t win elections by acting like kids. The stage you see in front of you is a memorial. It signifies the end of TMC rule in Bengal.”

Prime Minister Narendra Modi held his last rally in Coochbehar district going for the polls in the first phase of elections. This is his second visit within a week after he addressed twin rallies in Siliguri and in Kolkata’s Brigade Parade Grounds.