There has been simmering tension regarding who between Ravi Shankar Prasad and RK Sinha would be chosen to replace Shatrughan Sinha from Patna Sahib. 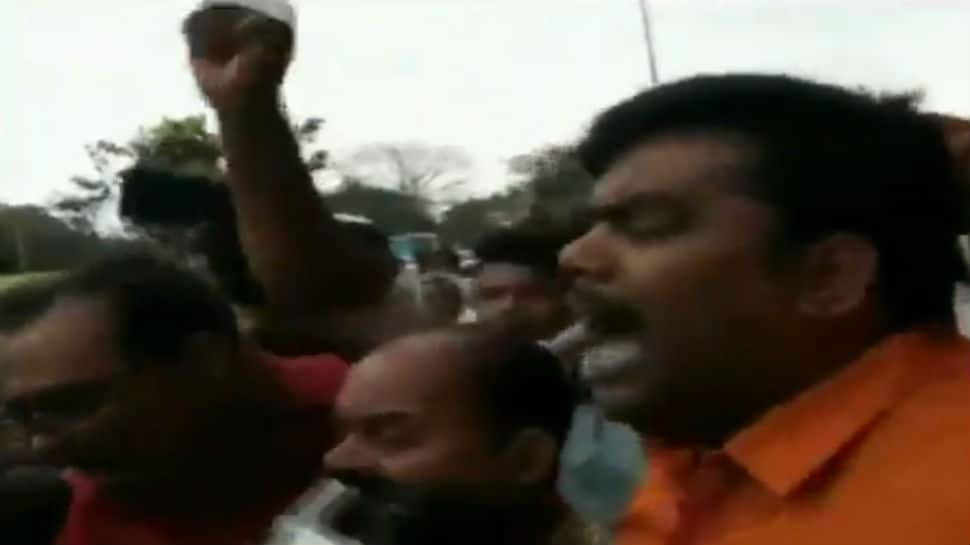 Patna: A group of BJP workers on Tuesday raised slogans against Ravi Shankar Prasad outside the airport here after he was named the party candidate from Patna Sahib Lok Sabha constituency.

The workers, reportedly supporters of RK Sinha, raised loud slogans against RS Prasad in protest of him being named as the candidate from Patna Sahib. They also raised slogans in favour of Sinha who is a BJP MP.

There has been simmering tension regarding who between Prasad and Sinha would be chosen to replace Shatrughan Sinha from Patna Sahib. The actor-turned-politician made way for Prasad after repeatedly questioning Prime Minister Narendra Modi and is now expected to join Congress.

Shatrughan Sinha 'ouster' from Patna Sahib - a constituency he had won in 2009 and 2014 - meant that the seat was up for grabs. After being named as the BJP candidate from here, Prasad had backed the decision and said that it is a city where he grew up in and has the right to contest from.

Supporters of Sinha, however, have argued that Prasad had never visited Patna Sahib since assuming greater role in the party. They also said that it is their leader who has constantly worked for the people in the constituency and deserves to be given a ticket to contest in the upcoming Lok Sabha election.

Patna Sahib will vote in the final phase - on May 19.