I would rather die than insult PM Narendra Modi's parents: Rahul Gandhi

Rahul said that the Prime Minister insulted his father and grandmother during campaigning but he would not do the same to the latter's parents. 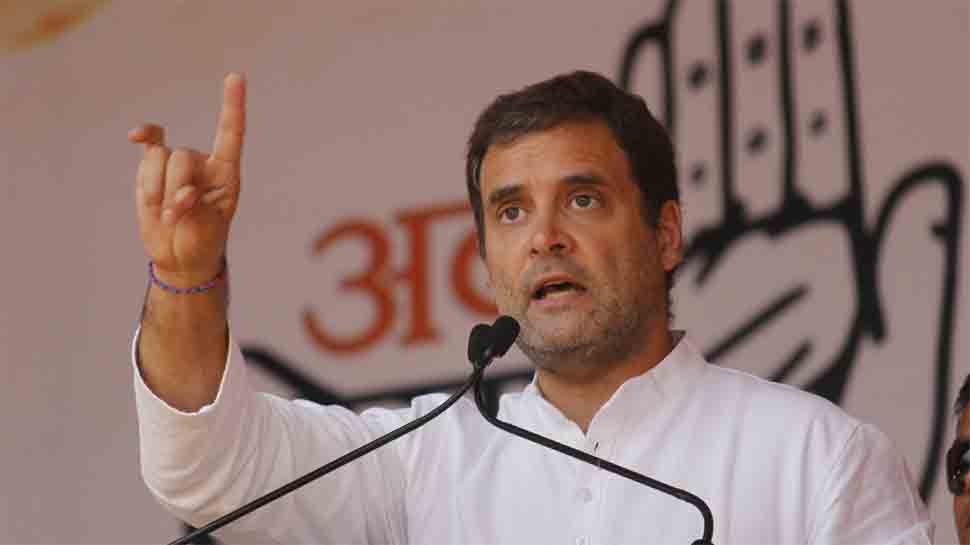 "Modi ji speaks ill about my family. He insulted my father Rajiv Gandhi and my grandmother Indira ji. However, I would prefer to die than to insult his parents. We do politics of love," Gandhi said while addressing a rally in Ujjain today. He added that he is not from the BJP or RSS and hence will not promote hate.

"I will speak to them by giving them a warm hug. Congress will defeat BJP in the Lok Sabha election with love," Rahul said today.

Taking a dig at Modi over his "cloud-radar" remark, Rahul asked, "Modi ji, whenever it rains in India, do all aircraft disappear from the radar."

The Congress leader also made a veiled reference to Modi's interaction with actor Akshay Kumar in which the PM revealed that he loved mangoes as a child and still loves them. He said that the Prime Minister was speaking of mangoes and clouds but has been mum on real issues. "Modi ji, you taught (us) how to eat mangoes; now tell the country what you did for jobless youth," he said.

Raking up the Goods and Service Tax and demonetisation, Rahul said the move by BJP destroyed the country's economy and snatched the jobs of at least 27,000 youths in 24 hours.