In electoral season, Deras are all-important in Punjab

The latest visit by Punjab Chief Minister Amarinder Singh to the Radha Soami Dera headquarters in Beas town near Amritsar last week is being seen as a clear attempt to woo the sect. 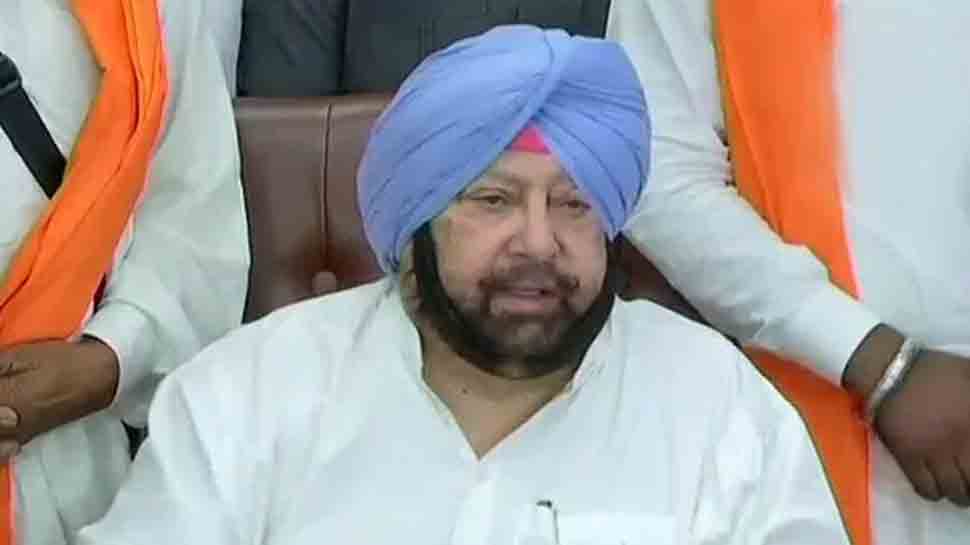 CHANDIGARH: Deras, or sects, in Punjab hold a lot of importance in the electoral season. With each Dera capable of influencing scores of voters, who are their followers, political parties and leaders have no option but to look up to these during elections.

The latest visit by Punjab Chief Minister Amarinder Singh to the Radha Soami Dera headquarters in Beas town near Amritsar last week is being seen as a clear attempt to woo the sect.

The Radha Soami sect, which is well-known for its religious and social activities, has millions of followers in Punjab, Haryana and other states.

Amarinder and Congress president Rahul Gandhi had met the sect chief in December 2016, just weeks ahead of the February 4, 2017, Assembly elections in Punjab. The Congress won 77 seats in the 117-member state Assembly.

Amarinder`s wife and former Union Minister Preneet Kaur does not find anything wrong in approaching the Deras. "Like we go to other people, we go to the Deras also. There is nothing wrong with that," she said.

Rought estimates put the number of Deras in Punjab at around 9,000, including both big and small ones. While some have followers from across religions and communities, many others are related to particular communities.

"Punjab`s social and religious fabric is influenced by the Deras in several areas. Some of these deras are quite influential, especially in election time. Though the concept of Deras in the region is centuries old, some of the controversial ones and their self-styled godmen have started dominating and even dictating the political scene," Amrik Singh, a Sikh religious preacher in Jalandhar district, told IANS.

"Some, like the Dera Sacha Sauda sect of Gurmeet Ram Rahim Singh, have run run into several controversies in recent years."

Besides the Radha Soami sect, other prominent Deras in Punjab include the `Dera Sachh Khand` sect based in Ballan village near Jalandhar. Its two top leaders, including the sect head, Niranjan Dass and second-in-command Rama Nand, were attacked in a gurdwara in Austria`s capital Vienna in May 2009. Rama Nand died in the attack and the incident lead to violence and tension in the Doaba belt of Punjab in 2009.

The attack was seen as a result of a simmering undercurrent between Punjab`s dominant Sikh community and the largely Dalit Sikh followers of the sect.

Earlier in 2007, the Dera Sacha Sauda sect had also run into a violent clash with the Sikh community in April-May 2007. The sect`s chief had, in April 2007, attired himself on the lines of 10th Sikh guru, Gobind Singh, during a ceremony. His action, objected to by the Sikh community, led to large scale violence in Punjab, Haryana, Jammu and other places.

Political leaders from Punjab and Haryana used to line-up before the Dera Sacha Sauda sect chief for several years before he was convicted of rape of female disciples in August 2017 and sentenced to 20 years of rigorous imprisonment.

Other controversial sects in the state include the `Divya Jyoti Jagran Sansthan` (DJJS) at Nurmahal near Jalandhar led by (deceased) godman Ashutosh Maharaj, whose body has been kept by his followers and the sect management since January 2014 when he was declared "clinically dead" by doctors.

Another sect, the `Bhaniarewala Dera` is led by Baba Paira Singh Bhaniarewala. The sect head has been attacked by Sikh hardliners and enjoys `Z-category` security. It is based in Dhamiana village in Ropar district. His followers are mostly from the Dalit Sikh community.

Bhaniarewala has been involved in various controversies with the Sikh community as he compares himself to the Sikh gurus. He and his followers have been accused of burning Sikh holy book, Guru Granth Sahib, in recent years.