"If from Unnao, the party decides to field any other candidate, then this would hurt crores of my workers in the state and across the country. Its consequence won't be positive." 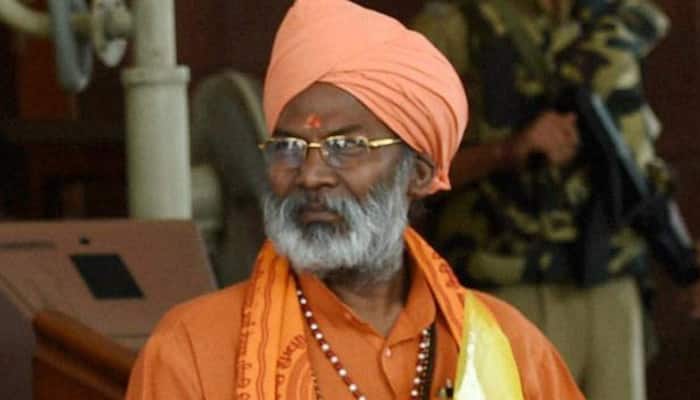 New Delhi: BJP MP Sakshi Maharaj registered a resounding performance from the Unnao constituency in the 2014 Lok Sabha election and he recently sought to remind his party of it while deciding on candidatures for the upcoming election.

Sakshi Maharaj, in a letter to BJP state unit president Mahendra Nath Pandey, warned that the 'consequences may not be positive' if he is not given a ticket to fight in the upcoming election. "I want to get your attention to the Unnao constituency. In this seat, I had won by three lakh fifteen thousand votes. Congress and BSP had to forfeit their deposits. SP was placed second. As per the SP-BSP alliance, this seat has been given to SP," he wrote. "If from Unnao, the party decides to field any other candidate, then this would hurt crores of my workers in the state and across the country. Its consequence won't be positive."

BJP MP Sakshi Maharaj in a letter to Mahendra Nath Pandey,UP BJP Chief: If party take a different decision (related to my candidature) for Unnao constituency then this may hurt sentiments of crores of workers from the state&across the country. Its consequences may not be positive pic.twitter.com/x9kx4l3V9s

In the letter, Sakshi Maharaj goes on to urge that he should once again be allowed to contest the Lok Sabha election from the Unnao constituency. He also claims that he would defeat his rivals by four to five lakh votes, and will force them to forfeit their deposits. "I would further like to add that I have no intention of fighting the election from any other constituency. I am confident that you would understand my emotions and will not allow any injustice to happen."

The need to urge party leaders to give him a ticket to contest from Unnao once again, possibly, stems from the fact that there have been murmurs that BJP may overlook Sakshi Maharaj this time. His controversial remarks in the past have often invited political ire as well as scathing criticism from people at large. From inaugurating a nightclub in Lucknow and defending UP government for its delayed action in Unnao rape case, Sakshi Maharaj has often been in the news for the wrong reasons.

BSP-SP combine enough for Mayawati, rules out alliance with Congress in any state