Come May 6 in Lok Sabha 2019 election and voters in Amethi will once get to decide between reposing their faith in Rahul Gandhi or giving Smriti Irani a chance.

Amethi is one of the most-talked-about parliamentary constituency each time a Lok Sabha election beckons. Regarded as a fortress of Congress, the party has lost Amethi in the state of Uttar Pradesh in all of two elections. In each of the other 14 - till 2014 - Congress has managed to script wins even if the margins have varied.

In recent times, Rahul Gandhi took charge of Amethi from mother Sonia and has managed a hat-trick of wins from here since 2004. Looking, perhaps, to better the record of his father - Rajiv Gandhi - who had won five times from here, Rahul would be hoping for an encore in the upcoming Lok Sabha election. Against him stands a familiar foe, an adversary hardly lacking in spirit. 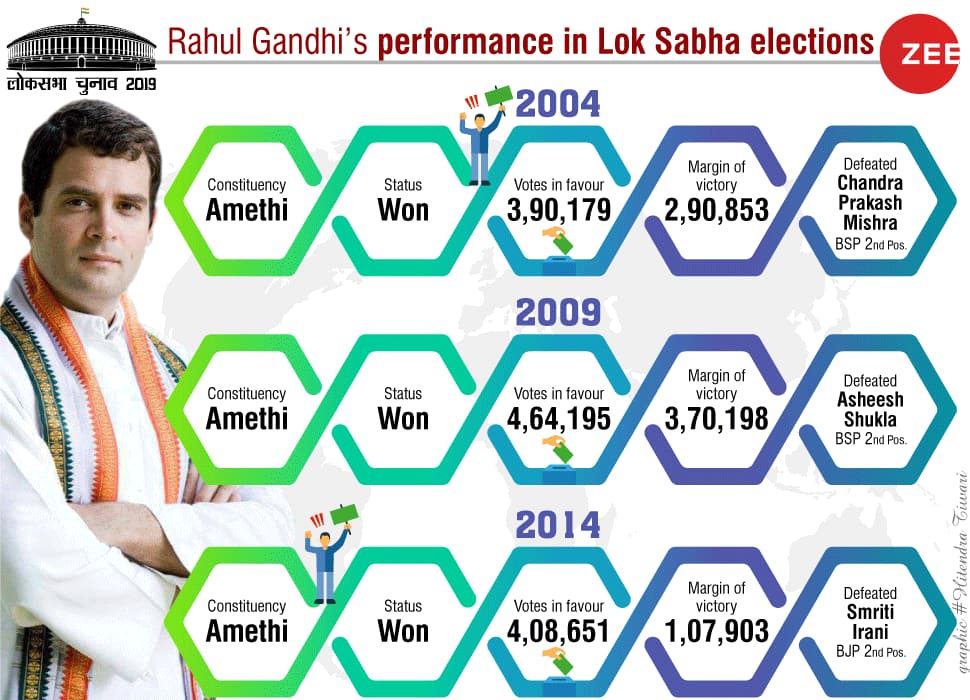 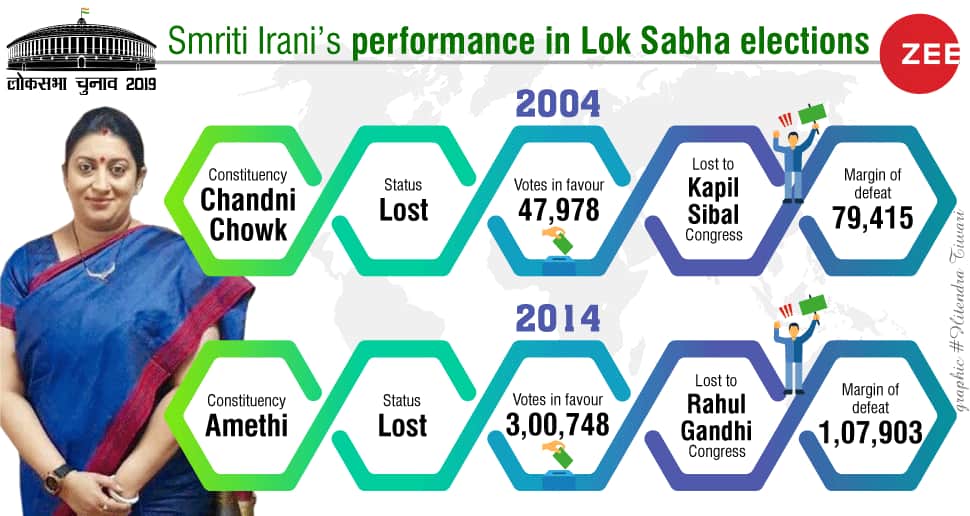 In 2014, Rahul took on actress-turned-politician Smriti Irani of BJP and while she was largely put off as a pushover, she turned out to be anything but. Congress sought to remind people in Amethi of Irani's poor debut in Lok Sabha 2004 election when she had been decimated by Kapil Sibal in the Chandni Chowk constituency.

The reminder did not seem to work.

Irani put up a stiff fight against the Congress scion and secured 3.07 lakh votes to Rahul's 4.08 lakh. Her frontal assault on Rahul and against Congress before the election demanded attention - her transformation from the glitz and glamour of TV to the sweat and toil of campaigning was now complete, irrespective of the outcome.

Irani was also credited for putting BJP back at the No. 2 spot in Amethi after BSP had taken this position in the 2004 and 2009 election. That Rahul's victory margin from here was cut down from 2.90 lakh votes in 2004 and 3.70 lakh votes in 2009 to a little over a lakh in 2014 was also seen as a testament to Irani's fierce fight, notwithstanding the row over her allegedly contradictory educational degrees.

Then there are those who argue that Irani was riding the so-called Modi wave and that she benefited from a massive anti-UPA sentiment at the time. Congress was indeed pulverised in the 2014 Lok Sabha election as a whole and could secure an embarrassing 44 seats only. Losing Amethi could have been the insult to injury but Rahul managed to put up a block just in time.

Ahead of Lok Sabha 2019 election, Rahul would do well in not underestimating Irani who, since 2014, has held several important portfolios in the NDA government. This time, Rahul is also contesting from Wayanad in Kerala - a move that BJP says reflects he is running away from a fight in Amethi. Congress, however, says it shows just how confident he is of retaining the family bastion. "He has decided to fight from Wayanad in Kerala in keeping with the demand and emotions of the party workers. Amethi is family and a family is forever," Congress's Amethi unit president Yogendra Mishra told PTI recently.

Both sides - Congress and BJP - are also predicting ginormous wins for their respective candidates. Mishra has said Rahul would win by a margin of over five lakh votes. This though Rahul has never got more than four lakh votes so far. For Irani, it comes as yet another chance with political analysts saying she has much to gain and nothing to lose. BJP has four MLAs in Amethi - a point that Irani is likely to drive in when campaigning.

Will Rahul manage to hold on to Amethi or will Irani finally deal the deafening blow her party and its supporters have long awaited?

Amethi votes in the fifth phase - on May 6.