The UP Police investigating the murder of BJP supporter Surendra Singh in Amethi has said that his killing is the result of a 'local political vendetta.' 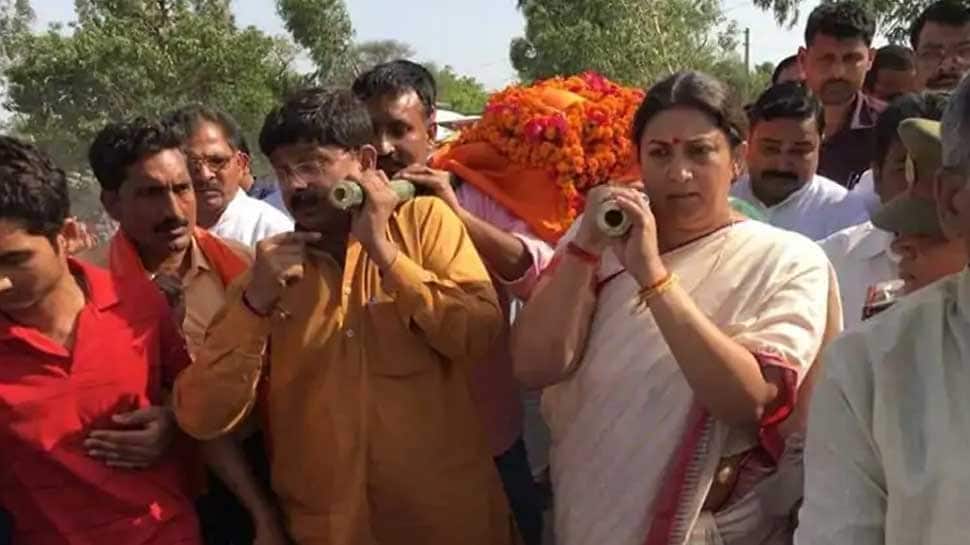 LUCKNOW: The UP Police investigating the murder of BJP supporter Surendra Singh in Amethi has said that his killing is the result of a 'local political vendetta.'

Sharing more information, OP Singh, UP DGP, said, ''We have arrested three murder suspects. Two suspects are still absconding and we will nab them soon. On the basis of all evidence, it is very clear that the five murder suspects and the victim had a local level political rivalry and some personal enmity.''

OP Singh, UP DGP on ex-village head of Amethi who was shot dead: We have arrested three murder suspects. Two suspects are still absconding&we will nab them soon. On the basis of all evidence it is very clear that the 5 murder suspects&the victim had local level political rivalry. pic.twitter.com/ieq7vqyCPP

Three people - Ramchandra, Dharmnath Gupta and Naseem - have been arrested in connection with the murder while the Crime Branch is looking out for two shooters.

Ramchandra had also contested for the Gram Panchayat election.

Singh was shot dead outside his home on Saturday night at Baraulia village around 3 AM. He was rushed to a hospital in Lucknow for treatment but he died of his injuries.

Smriti Irani, who defeated Congress chief Rahul Gandhi by over 50,000 votes in the Amethi Lok Sabha seat, had lent a shoulder to Singh's mortal remains ahead of his cremation on Sunday.

Irani also spent some time with his aggrieved family members and said that she will "move the Supreme Court, if needed, to seek death sentence" for Singh's killers.

"I have taken a vow before Surendra Singh ji's family. The one who fired at him and the one who ordered it.... even if I have to go to Supreme Court to seek death sentence for them, I will knock the doors of the court," Irani said.

Irani had visited Amethi several times ahead of the 2019 elections and managed to build a great rapport with the electorate here. The deceased BJP worker had actively participated in her election campaign and was appreciated by the BJP leader in her speeches at public meetings.

Singh's murder was the first incident of post-poll violence in Uttar Pradesh.