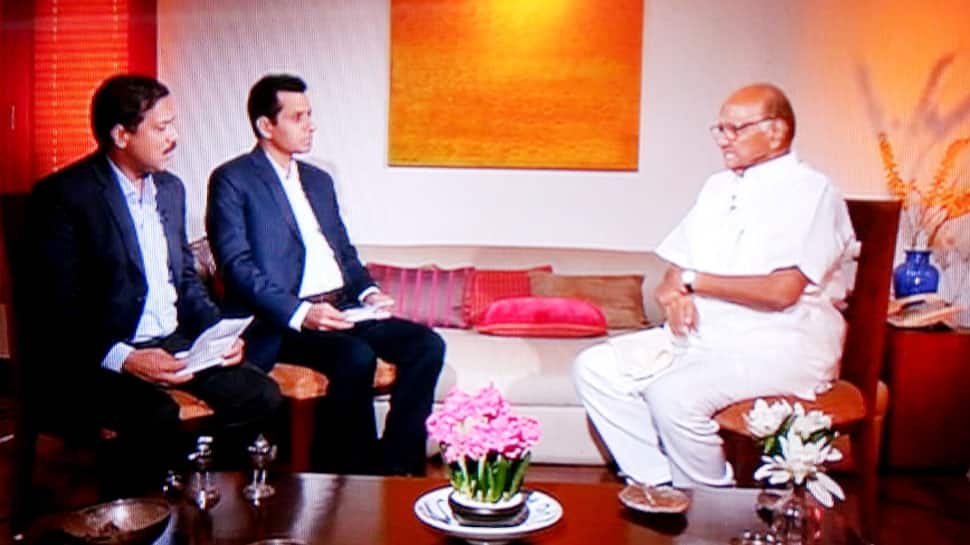 “Mamata, Maya, or Naidu are better options as the PM candidate of non-NDA parties than Congress' Rahul,” Pawar told Zee News in an exclusive interview.

“Does any non-NDA grand alliance still exist?” he quipped, adding, “All the talks about Rahul as a PM are baseless.”

While Mayawati has already hinted at her prime ministerial ambition, Mamata and Naidu claim defeating the BJP is their primary goal, and they are not eyeing the PM position.

Pawar, who ruled himself out of PM race, is likely to emerge as the kingmaker among the opposition after the poll in case of a hung Lok Sabha.

The NCP chief also hinted at forging alliances with some NDA parties after the election.

“We may bring some parties from NDA to our alliance after the poll,” said the NCP chief while recalling the 2004 Lok Sabha election. “In 2004, all of us fought individually without a united front. After the election, we came together. At Soniaji's residence, Manmohanji, Pranabji and I discussed the matter and then we spoke of getting support from many non-BJP coalition partners. We provided an alternative stable government to the country for 10 years. You cannot ignore that fact."

Adding that there's no dearth of good leaders in the country, Pawar said, "We will decide whom to select after the results are out. We have many leaders who are capable and it will be improper to name anyone now."

“We will have the magic number with everyone's support. So our policy while forming the government will be on creating a common minimum programme,” said the senior leader. He added that the need of the hour is to collaborate since regional parties cannot script success beyond their stronghold.

"DMK will never yield results in UP. The same is applicable to Akhilesh's Samajwadi party. Hence all of us have decided that we will cooperate with each other. After the elections are over, we will come out with a common minimum programme to provide an alternative to the country," said Pawar.