Modi accused Mamata of depriving the people of Bengal of getting medical benefits of upto Rs five lakhs under the 'Ayushman Bharat' scheme launched by the Centre. 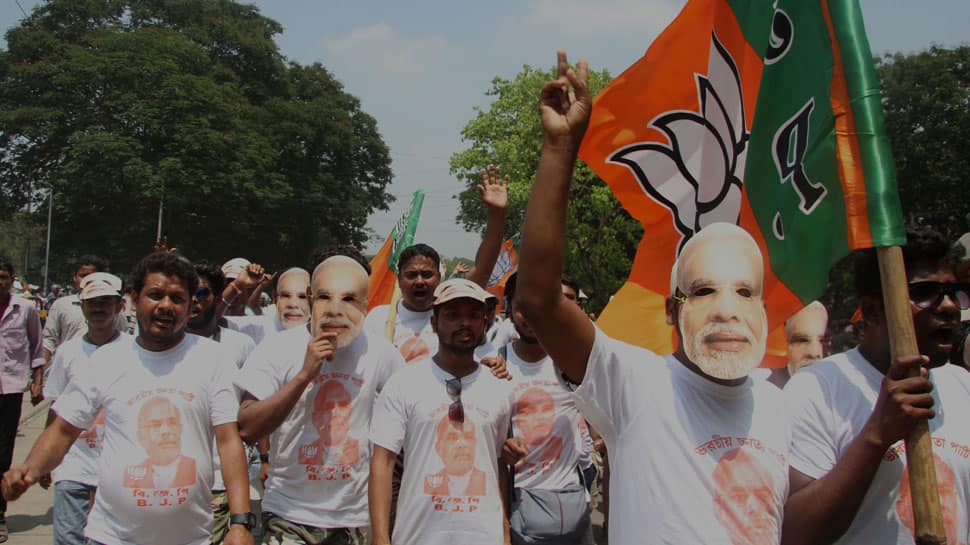 SILIGURI: Launching a scathing attack on West Bengal Chief Minister Mamata Banerjee, Prime Minister Narendra Modi on Wednesday called her a "speedbreaker" in the path of development of West Bengal. PM Modi stressed that the people of the state must vote out Mamata if they want to usher in development in West Bengal.

"I have not been able to ensure development of Bengal in the same speed as in the rest of the country. The reason for this is that in Bengal there is a speedbreaker, and this speedbreaker is known as Didi," Modi said.

Continuing his attacks on the TMC supremo, Modi accused Mamata of depriving the people of Bengal of getting medical benefits of upto Rs five lakhs under the 'Ayushman Bharat' scheme launched by the Centre. It is to be noted that TMC government had withdrawn its consent to the scheme.

PM Modi also attacked Mamata for not allowing the farmers of West Bengal to make use of the beenfits of direct transfer of money to their accounts under the 'PM Kisan Samman Yojana'.

During the rally in Siliguri, Modi said that the chitfunds supported by TMC-led government have looted the poor of Bengal. "Didi has destroyed through her associates the poor people who invested in the chit funds," he said. Modi claimed that there is no difference between TMC, Congress and the Left but they will not succeed in their designs becuase they are up against a chowkidar.

The PM also slammed Mamata and other opposition leaders for raising questions over the airstrike carried out by Indian Air Force inside Pakistan and said, "Who was supposed to cry and who started crying? Chot usko laga aur dard inko lagi (The hurt was there and the pain was felt here)," he said.
Modi said that more than pain felt in Rawalpindi, it was felt by didi in Kolkata."

Modi also targeted the Congress over its manifesto in which the party has said that it will review some clauses of the Armed Forces Special Powers Act (AFSPA) after coming to power. The prime minister said that AFSPA is like a "shield" for the security forces in counter-terrorism operations and its removal will weaken the armed forces.