"To the person, who gave me the message, I would like to say that I have received the message loud and clear," Smriti Irani said. 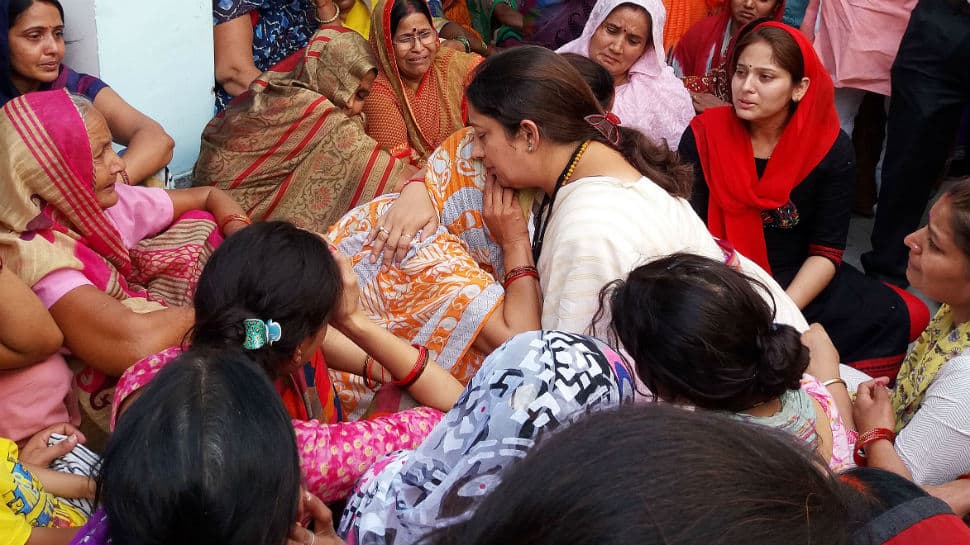 Amethi: Bharatiya Janata Party (BJP) leader Smriti Irani on Sunday targeted Congress president Rahul Gandhi after the death of her close aide Surendra Singh and said that his 'take care of Amethi with love' message was 'loud and clear' to her.

Singh, also an ex-village head of Barauli in Amethi, was shot dead by unidentified miscreants on Saturday night at his residence. Soon after the news broke, Irani rushed to Amethi to visit Singh's family and also took part in the funeral procession.

"My request to all party workers is that we should exercise restraint," Irani told while interacting with the press in Amethi.

"On May 23, I was given a message that take care of Amethi with love. To the person, who gave me the message, I would like to say that I have received the message loud and clear," she said, referring to Rahul's remarks without naming him.

In the recently-concluded Lok Sabha election 2019, Irani defeated Rahul in Amethi, the bastion of the Gandhi family.

After the election results were declared, Rahul in a press conference had said he would like Irani to 'take care of Amethi with love.'

"I would like that Smriti Iraniji takes care of Amethi with love and I hope that she will reward the trust that Amethi's people have reposed in her," he had said.

Paying tributes to the slain ex-pradhan, Irani said, "The bereaved family of the BJP bows its head before the departed soul of Surendra Singh, and the family of 11 crore BJP workers is standing with his family."

"The aim of the Narendra Modi and Yogi Adityanath governments is that justice is done... BJP workers and residents of Amethi are assured that even if the killers are hiding beneath the ground, they will be caught and brought to justice," she added.

Irani said, if need be, she would move the Supreme Court to ensure that Singh's killers are given capital punishment.

"Today I have pledged before the family of Surendra Singh that police will take action against the person who fired the bullet and the person who gave orders for firing the bullet," she said.

"And if I need to approach the Supreme Court to ensure that the killers get capital punishment, then all the workers will knock the doors of the SC's doors with me and ensure that Surendra Singh's family gets justice," she said.