Hema Malini said, "People will vote for me in Mathura because Modiji is our leader. I have worked hard to bring him back and every MP of our party has been working hard." 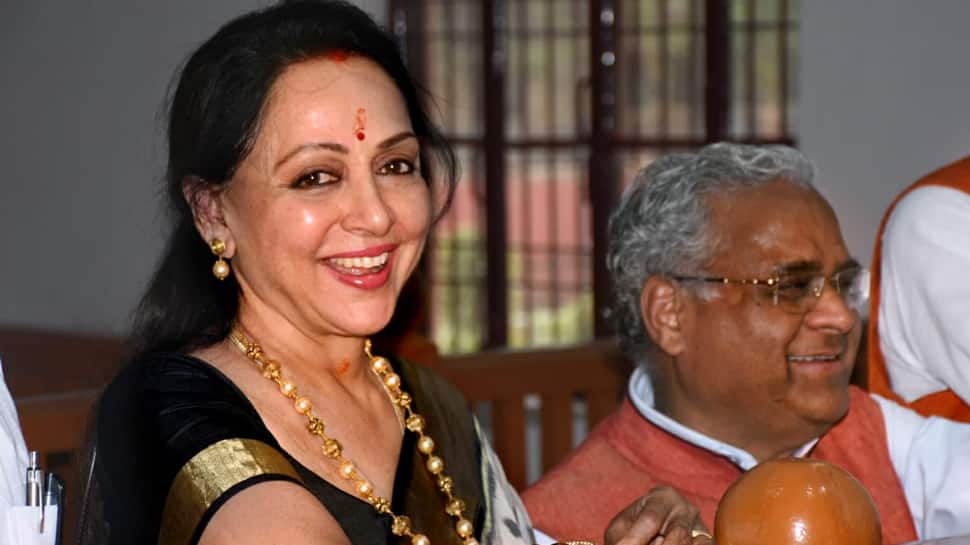 Mathura: BJP MP Hema Malini has said it will be dangerous for the country if Prime Minister Narendra Modi doesn't return to power as he alone has the courage to do what is right for the country.

The actor-turned-politician, who is re-contesting from the Mathura Lok Sabha constituency in Uttar Pradesh once again this year, also hit out at the Opposition, saying that it is "desperate" as Modi has ensured that there is no corruption in the country.

"There is no other choice. Modiji has to come back. It will be dangerous for the country if someone else wins. That's why we all (BJP members) are working hard to bring him back," Hema Malini told PTI Bhasha in an interview.

Referring to the various schemes and initiatives launched by the central government, she claimed that the previous dispensations did not have the courage to do what Modi has done.

"It's sad to see the way the Opposition ridicules everything the prime minister does. Whatever he felt was right for the country, he did it bravely," the BJP lawmaker said.

Asked why she, unlike most BJP leaders and cadres, had not added the 'chowkidar' (watchman) prefix to her name on Twitter, Hema Malini said she is also a 'chowkidarni'.

"Of course I am also a 'chowkidarni'. Our prime minister is a 'chowkidar' and we all are assisting him. He is taking care that there is no corruption in the country and that's why the Opposition is clueless and desperate," she said.

Asked whether people will vote for her or Modi in Lord Krishna's city, she said, "People will vote for me in Mathura because Modiji is our leader. I have worked hard to bring him back and every MP of our party has been working hard."

"It's not that people will vote for me only because I am a Bollywood star. I want to be with the people and tell them what Modiji has done, like introducing Ujjawala scheme, Ayushmaan Bharat Yojana, building toilets and much more," she added.

The Mathura MP dodged a direct response when asked if Priyanka Gandhi's entry into politics would benefit the Congress.

"I don't want to comment on that. You ask those who have felt that there is any magic. In my constituency, everyone loves Modiji and it will convert into votes," she asserted.

Hema Malini filed her nomination papers from Mathura earlier this week. The BJP MP, who has announced that this election will be her last, is pitted against the Rashtriya Lok Dal's (RLD) Kunwar Narendra Singh.

She had defeated the RLD's sitting MP Jayant Chaudhary in the 2014 Lok Sabha polls by a huge margin of 3,30,743 votes.

Voting will be held in Mathura in the second round of seven-phase Lok Sabha polls on April 18. Results will be announced on May 23.