The mortal remains of the 16 migrant labourers, who were killed after a goods train ran over them in Maharashtra’s Aurangabad on Friday, had been sent to their native state Madhya Pradesh on a special train. 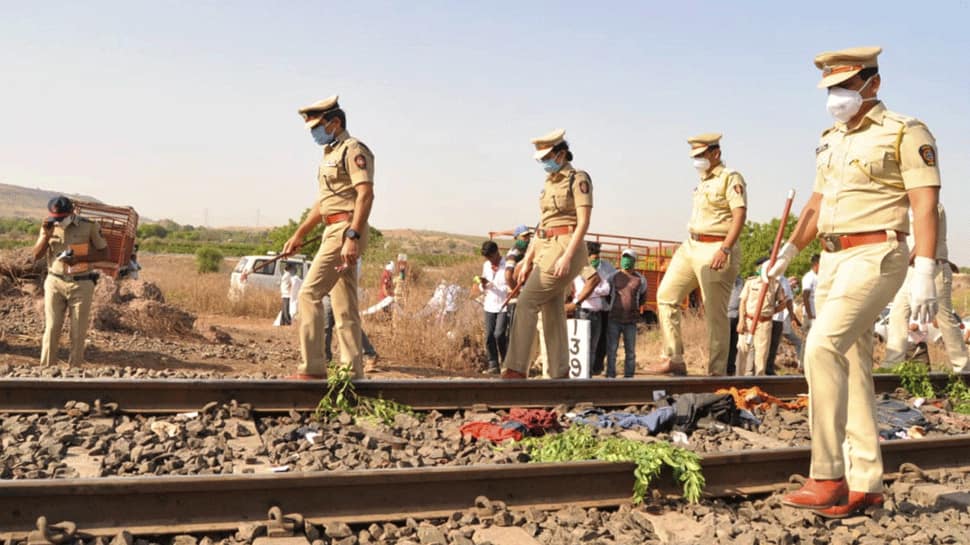 Aurangabad: The mortal remains of the 16 migrant labourers, who were killed after a goods train ran over them in Maharashtra’s Aurangabad on Friday, had been sent to their native state Madhya Pradesh on a special train.

Confirming the development, Mokshada Patil, Aurangabad Rural SP, said, ''An accidental death case has been lodged. An inquiry is being done, Aurangabad Collector has also ordered an inquiry into the matter.''

"The mortal remains of the 16 migrant labourers, who died after they were run over by a freight train near Aurangabad yesterday, had been sent to Madhya Pradesh on a special train - carrying migrant labourers to the state - on Friday night," an official was quoted as saying by news agency ANI.

As many as 16 migrant labourers were killed and five others injured after a freight train ran over them between Jalna and Aurangabad.

According to Chief Public Relations Officer (CPRO) of South Central Railway (SCR), the injured are getting treatment in Aurangabad civil hospital.

The mishap occurred on Friday in the Nanded Division of South Central Railway in Karmad police station area of the Aurangabad district.

As per Railways officials, the migrant labourers hailed from Madhya Pradesh and were walking home from Maharashtra’s Jalna and after walking for about 36 km, they had stopped to take rest when they fell asleep.

The Ministry of Railways also ordered a comprehensive probe into the Aurangabad accident in which 16 migrants workers who were sleeping on the tracks were mowed down by a freight train in the early hours.