The newly-formed BJP-NCP government in Maharashtra will have to prove majority on the floor of the state assembly by November 30, said sources on Saturday. 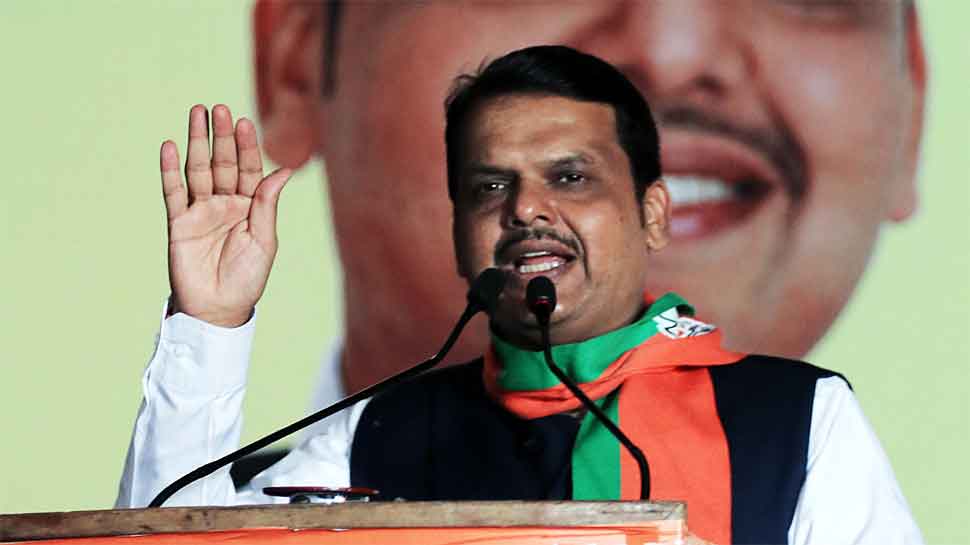 Mumbai: The newly-formed BJP-NCP government in Maharashtra will have to prove majority on the floor of the state assembly by November 30, said sources on Saturday.

According to sources, the state's Governor Bhagat Singh Koshyari has set the November 30 deadline for the Fadnavis government majority on the floor of the House.

Amid fast-changing political developments, BJP MLA Girish Mahajan claimed that Ajit Pawar has submitted the letter of all 54 NCP MLAs' support to the Governor.

Sources from the NCP camp too reported that Ajit Pawar has support of at least has 30 party MLAs.

Pulling the biggest surprise in Maharashtra politics, Devendra Fadnavis took oath as the Chief Minister of Maharashtra in the presence of Governor Bhagat Singh Koshyari at Raj Bhawan around 8 AM.

NCP leader Ajit Pawar was sworn in as his Deputy CM.

With Fadnavis taking oath as the next CM, the BJP with 105 seats, NCP with 54 seats, independent MLAs and allies will combine to form the next government in Maharashtra.

The development triggered widespread celebrations across parts of Maharashtra shortly after Fadnavis and Ajit Pawar took oath as the chief minister and deputy chief minister of the state respectively in the wee hours of Saturday.

Ths is Fadnavis' second consecutive term as Maharashtra chief minister, which also ended month-long uncertainty over the government formation in the state.

"Congratulations to @Dev_Fadnavisji and @AjitPawarSpeaksji on taking oath as the CM and Deputy CM of Maharashtra respectively. I am confident they will work diligently for the bright future of Maharashtra," tweeted PM Modi soon after they took the oath.

BJP chief and Union Home Minister Amit Shah took to Twitter to congratulate Fadnavis and Ajit on the formation of a National Democratic Alliance (NDA) government in Maharashtra.

On his turn, Union Minister Prakash Javadekar said that Fadnavis` return as Chief Minister honours the mandate of the people.

Union Minister Piyush Goyal tweeted, "Congratulations to Devendra Fadnavis Ji and Ajit Pawar Ji for taking oath as the CM and Deputy CM of Maharashtra respectively. Under your leadership and good governance, the state will achieve new heights of development & provide a better future to the people of Maharashtra."

Meanwhile, several top leaders from Sharad Pawar-led NCP, Shiv Sena and Congress expressed shock and displeasure over the development and accused BJP of misusing power and the constitutional authority of the state's governor for forming the government.

NCP chief Sharad Pawar clarified that the decision of going with BJP to form the government in Maharashtra is of his nephew Ajit Pawar, who took as Deputy Chief Minister today.

"Ajit Pawar`s decision to support the BJP to form the Maharashtra Government is his personal decision and not that of the Nationalist Congress Party (NCP). We place on record that we do not support or endorse this decision of his," Sharad Pawar tweeted

Shiv Sena leader Sanjay Raut alleged Ajit Pawar has betrayed his party chief and political mentor Sharad Pawar and said that the latter will regret his decision of joining hands with the BJP.

Congress which suffered a major blow after its ally NCP aligned with the BJP to form the government in Maharashtra on Saturday asserted that the "tripartite negotiations" which included Shiv Sena should not have been stretched for so long.

Congress leader Abhishek Manu Singhvi taking to twitter said that he is still not sure about NCP joining hands with BJP.

Earlier on Friday, NCP supremo Sharad Pawar had claimed that there was a consensus on Sena chief Uddhav Thackeray as chief minister of the alliance government.