A large number of migrant labourers assembled near the Bandra Terminus in Mumbai on Tuesday to board the Shramik Special train, leading to chaos in the area for some time. 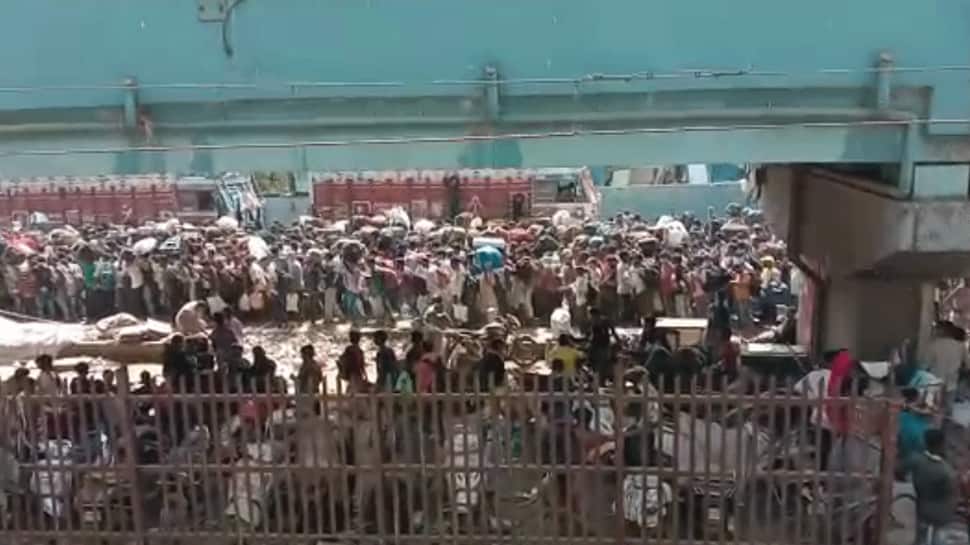 MUMBAI: A large number of migrant labourers assembled near the Bandra Terminus in Mumbai on Tuesday to board the Shramik Special train, leading to chaos in the area for some time.

The migrants were stopped from entering the station and were later dispersed by police, a Western Railway official said.

A video of the incident went viral on social media showing a large number of migrants carrying their luggage and running towards the gate of the Bandra Terminus.

The crowd started gathering in the area around 11 am, Western Railway official said.

The Western Railway later issued a statement in which it said, “a Shramik Special train was scheduled for Purnia from the Bandra Terminus in which passengers registered with the state authorities were to travel. However, many people, who were not registered and not called by the state authorities, gathered on a road and a bridge near the station,’’

"The bonafide passengers were checked and allowed to enter the station by the state machinery. The train left the Bandra Terminus around 12 noon with 1,700 labourers and their families who were entitled to travel," Western Railway's Chief Public Relations Officer Ravinder Bhakar said.

The incident was reported a month after hundreds of migrant workers had assembled near the Bandra station over their demand that arrangements be made for them to return to their native places in the wake of the coronavirus-enforced lockdown.