Many Sai Baba devotees, who were present during the 'aarti', claimed that they saw a faint image of saint appearing on the wall of Dwarkamai – the mosque where he spent a lot of time. 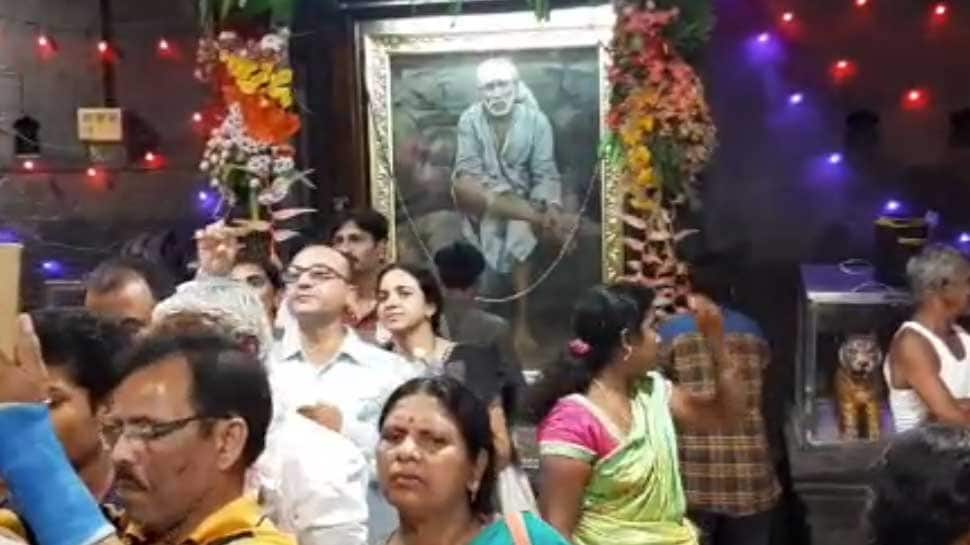 SHIRDI: In what is being seen as a miracle by millions of his devotees, an image of Shirdi Sai Baba appeared on the wall of Dwarkamai mosque, which is very close to the divine saint's grave in Shirdi district of Maharashtra.

According to reports, the incident took place when special prayers ('aarti') were being held on Thursday night around 11.30 PM.

Many Sai Baba devotees, who were present during the 'aarti', claimed that they saw a faint image of the saint appearing on the wall of Dwarkamai – the mosque where he spent a lot of time.

The devotees claimed that Sai Baba could be seen smiling in the image, which was there on the wall for some time.

The image appeared on the wall exactly above the place where Sai Baba used to sit and give a religious discourse to his disciples.

This is the second time that Sai Baba devotees had claimed to have seen his image on the wall of Dwarkamai.

The popular Dwarkamai temple was kept open since Wednesday night and is being visited by thousands of Sai Baba followers, who throng the temple in large numbers annually.

Many Sai Baba devotees feel that the kind-hearted saint himself appeared in the temple to give them 'darshan'.

A devotee from Delhi claimed that he was present when the image appeared on the wall.

The news about Sai Baba image appearing the wall of Dwarkamai mosque is being widely shared on social media.

Interestingly, both incidents were reported just days ahead of the 100-year celebrations of the Sai Baba Memorial here.

It may be recalled that the Shirdi Sai Baba Temple in Maharashtra is the second most popular temple in the country after the Tirupati Bala Ji Temple.

The annual turnover of Shirdi Sai Baba Temple is said to be around Rs 400 crore. It is the second temple after the Tirupati Balaji temple in the terms of the net value of the offerings made here and the number of devotees and tourists visiting the place every year.

Contract given to kill me for speaking against corruption: Anna Hazare