The Delhi Police arrested two constables of the Railway Protection Special Force (RPSF), for the rape of a 16-year-old minor girl. 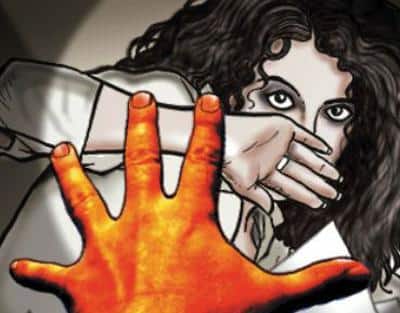 New Delhi: The Delhi Police arrested two constables of the Railway Protection Special Force (RPSF), for the rape of a 16-year-old minor girl.

The girl in her statement told the police that she had been working as a maid in Delhi's Preet Vihar for the past nine years.

Hailing from Jharkhand the girl wanted to go home but was unable to do so due to the lockdown, trains were not plying so she could not go to her village.

On June 12, without informing her landlord, the girl arrived at Anand Vihar railway station where she got to know that the train was not running from that station any more.

She reached New Delhi railway station where she inquired about a train to Jharkhand. The accused constable, on the pretext of getting her on a train to Ranchi, took her to a room gave her a cold drink laced with sedatives and raped her.

The accused constable called the other constable who stood at the gate.

The Kotwali police has registered an FIR under Section 376D of the IPC i.e. Gang rape and under the POCSO Act. Later, medical tests were also conducted on the girl.

Both the constables have been arrested, further investigation is underway.