Jonas Brothers all set to perform at 2019 Billboard Music Awards

The 2019 Billboard Music Awards are just around the corner and it`s going to be one star-studded affair. Joining the impressive list of performers is the popular pop band, Jonas Brothers. The Jonas Brothers are going to treat their fans by performing their hit single `Sucker` at this year`s music awards. 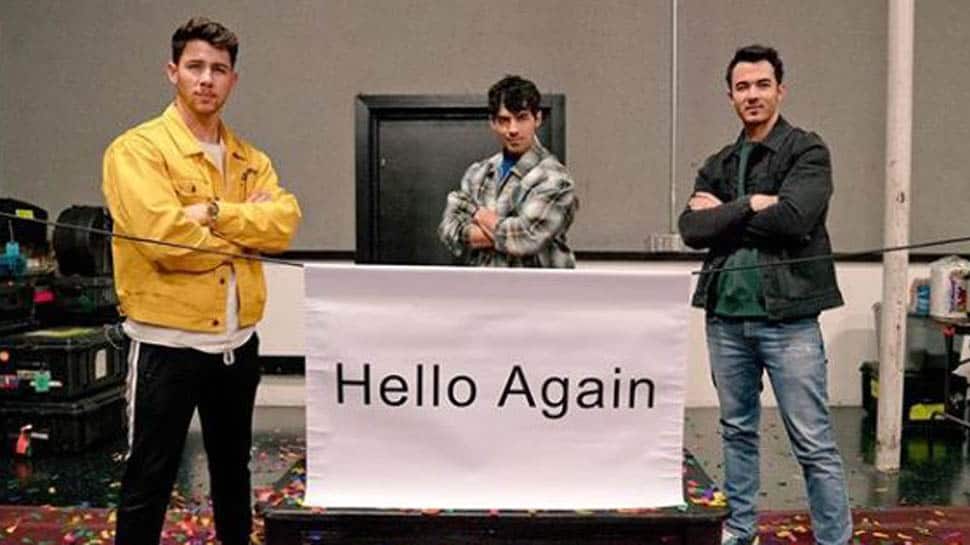 Washington DC: The 2019 Billboard Music Awards are just around the corner and it`s going to be one star-studded affair. Joining the impressive list of performers is the popular pop band, Jonas Brothers. The Jonas Brothers are going to treat their fans by performing their hit single `Sucker` at this year`s music awards.

Since the band`s return to the music scene in February, the popular boy band has been dropping new songs back to back. The trio returned with their hit single `Sucker` and quickly released another song `Cool`. Both the tracks have received an overwhelming response from the listeners.

Apart from the award ceremony, fans will get to see more of the pop band as the three brothers recently revealed they are "definitely" planning on going on tour this year. However, the details of the tour have been kept under wraps, reported E! News. Nick in an interview had earlier said, "You keep asking us these questions we can`t answer." Teasing their fans, both Nick and Joe said they "definitely know" information about their upcoming tour, but they aren`t sharing any details just yet!

Nick then added that the tour will take place sometime this year. "We`ll tell you when the time`s right. We`ll definitely tour this year at some point," he said. The fans don`t just have the JoBros to look forward at this year`s music awards. Korean boy band BTS and Halsey will perform their new single `Boy With Luv` for the first time at the awards too. The band made the big announcement on a recent episode of `Saturday Night Live`.Apart from BTS and Halsey, previously announced performers include Kelly Clarkson, Lauren Daigle, Khalid, Panic! At The Disco, Sam Smith and Normani.

This year, singer Mariah Carey will receive the icon award at the Billboard Music Awards and she will perform a medley of the smash hits from her nearly 30-years long career.Carey is only the eighth artist to ever receive the icon award at the awards, following: Neil Diamond (2011), Stevie Wonder (2012), Prince (2013), Jennifer Lopez (2014), Celine Dion (2016), Cher (2017) and Janet Jackson (2018).

Singer Kelly Clarkson will be taking on double duty this year by performing her new single while also hosting the award show for her second year in a row. Last year, she performed her hit track `Whole Lotta Woman`.Among the nominations this year, Cardi B leads the pack with 21 nominations (including the top artist) and is followed by Drake and Post Malone with 17 nominations each. Other stars with multiple nominations include Ariana Grande, Travis Scott and late rapper XXXTentacion.Taylor Swift, who holds the most wins by an artist ever, could beat her own record of 23 if she wins either award she is nominated for in the top female artist or top touring artist categories.

The 2019 Billboard Music Awards will air on NBC live from the MGM Grand Garden Arena in Las Vegas on May 1.

With so many singers including the JoBro`s performing, it`s safe to say that this year`s show is a must-watch.

The Jawaani song from 'Student Of The Year 2' will remind you of high school romance and how! Watch