The plan will be presented at COP21, the 12-day UN climate summit that opens Monday in Paris. 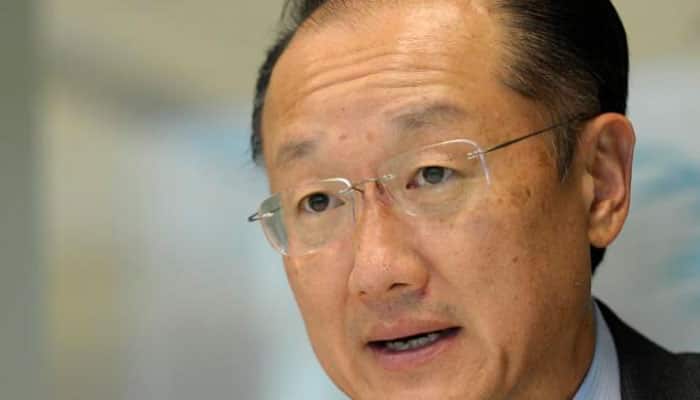 The goal is to raise the money from several development organizations, countries and private partners, with the International Development Association, the World Bank arm that supports the poorest countries, providing some USD 5.7 billion, the Washington-based development lender said.

"Sub-Saharan Africa is highly vulnerable to climate shocks, and our research shows that could have far-ranging impact -- on everything from child stunting and malaria to food price increases and droughts," said World Bank President Jim Yong Kim in a statement.

The plan will be presented at COP21, the 12-day UN climate summit that opens Monday in Paris. The 195-nation forum is aimed at producing a universal pact to cap global warming at two degrees Celsius (3.6 degrees Fahrenheit) above mid-19th century levels, and lock in financial support for poor and vulnerable countries most exposed to rising seas, superstorms and crippling drought.

Africa, which contributes the least to the world's greenhouse gas emissions, suffers the most from the impact of climate change, including the devastating effects of extreme weather patterns that damage infrastructure and ravage crops, the bank said.

"This plan identifies concrete steps that African governments can take to ensure that their countries will not lose hard-won gains in economic growth and poverty reduction, and they can offer some protection from climate change," Kim said.

The plan says that the region requires USD 5-10 billion per year to adapt to global warming of two degrees Celsius.

Among the plan's initiatives is boosting the resilience of Africa's assets, with a particular focus on small-island developing states at risk from rising waters amid global warming.

According to the bank, even a temperature rise of two degrees Celsius was expected to result in a loss of 40-80 percent of suitable growing areas in sub-Saharan Africa for maize, millet and sorghum.

Another focus is improving opportunities for scaling up low-carbon energy sources like solar and geothermal, and supporting "climate-smart agriculture" that helps reduce greenhouse gas emissions.

"The Africa Climate Business Plan spells out a clear path to invest in the continent's urgent climate needs and to fast-track the required climate finance to ensure millions of people are protected from sliding into extreme poverty," said Makhtar Diop, World Bank vice president for Africa, in the statement.

Children will bear the brunt of climate change, 690 million at risk: UNICEF