Beware! Texting on smartphones changes rhythm of your brain

People communicate increasingly via text messaging, though little is known on the neurological effects of smartphone use. 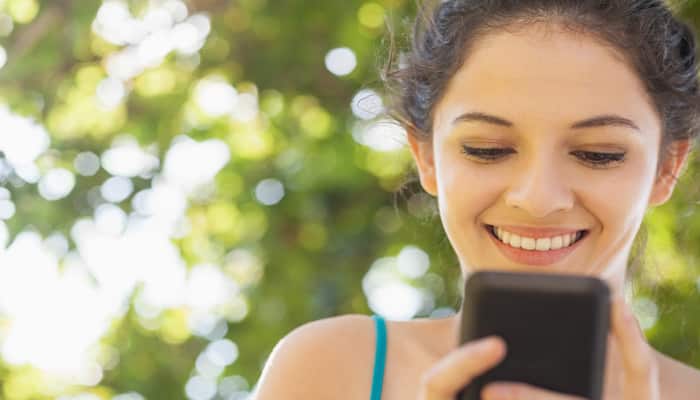 London: A new study suggests that sending text messages on a smartphone or iPad can change the rhythm of brain waves in humans.

Despite growing public health concerns on excessive use of technology, people communicate increasingly via text messaging, though little is known on the neurological effects of smartphone use.

With smartphones becoming the central hub for our daily activities, the findings also highlight significant implications for brain-computer interfacing, gaming and driving.

To find out more about how our brains work during textual communication using smartphones, a team led by Mayo Clinic researcher William Tatum analysed data from 129 patients.

Their brain waves were monitored over a period of 16 months through electroencephalograms (EEGs) combined with video footage.

Dr Tatum found a unique 'texting rhythm' in approximately one in five patients who were using their smartphone to text message while having their brain waves monitored.

"We believe this new rhythm is an objective metric of the brain's ability to process non-verbal information during use of electronic devices and that it is heavily connected to a widely distributed network augmented by attention or emotion," Dr Tatum commented.

The researchers asked patients to perform activities such as message texting, finger tapping and audio cellular telephone use in addition to tests of attention and cognitive function.

The unicity of the texting rhythm compared to other forms of mental stimulation could be caused by the combination of mental activity with motor and auditory-verbal neurological activity.

The 'texting rhythm' was also found in iPad users.

The researchers hypothesised that the presence of a different brain wave rhythm while using mobile, handheld devices might be caused by their smaller screens, which require more concentration.

“There is now a biological reason why people shouldn't text and drive - texting can change brain waves,” Dr Tatum added.

The research has been published in the journal Epilepsy & Behavior.

Prahlad Josh Makes Big Statement on opposition's uproar in Parliament, 'Government has nothing to do with Adani Case'

Perfume Bomb In J&K: Know What is this New Form of IED?

Amul Increases its Milk's Prices by 3 Rupees per liter