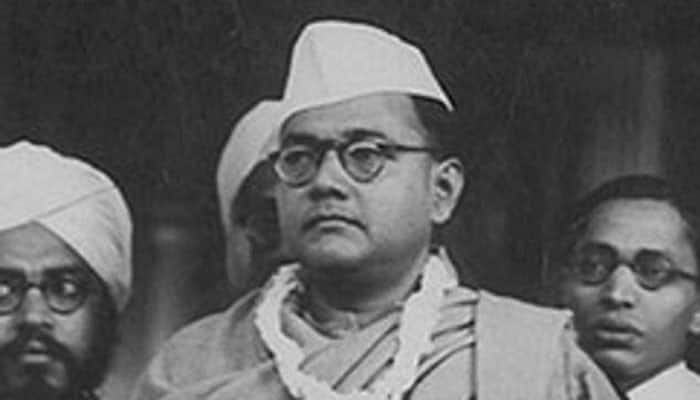 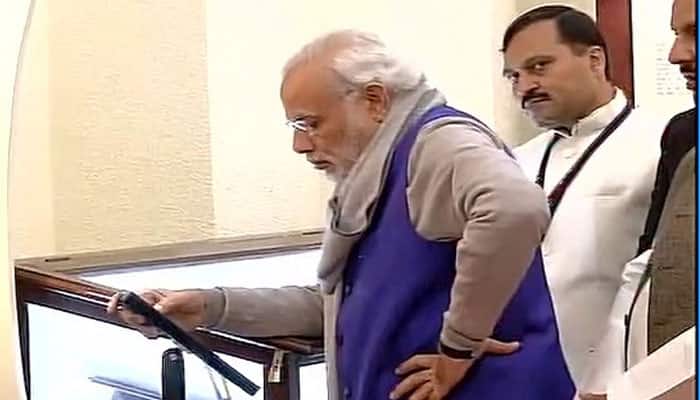 PM arrives at the National Archives, pays tribute to the freedom fighter.

PM Modi to arrive at National Archives shortly and release the secret files.

While remembering Netaji on his birth anniversary, CPI(M) leader Sitaram Yechury says unity, trust and sacrifice were the motto of Azad Hind Fauj. 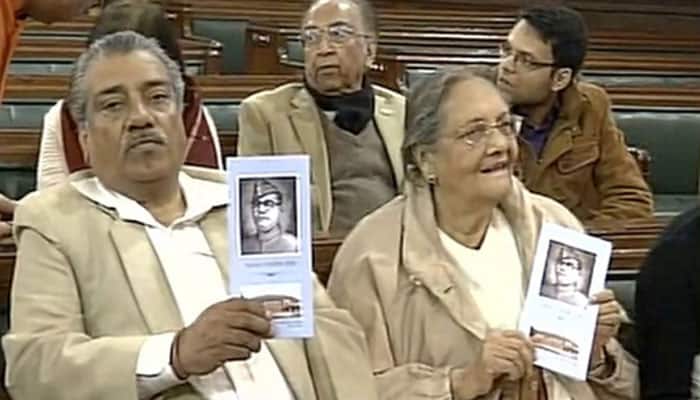 Congress president Sonia Gandhi pays homage to Netaji Subhash Chandra Bose on his 119th birth anniversary. In a statement issued, Sonia says, the Congress can never forget his contributions to the national struggle for freedom for founding of an independent democratic republic of India.

A man of extraordinary courage,a patriot &a charismatic leader,Netaji's contribution to India's freedom struggle will continue to inspire us

Bihar Chief Minister Nitish Kumar says, people who had played no role in the freedom struggle just want declassification of files on Netaji to create conflict among freedom heroes. However, the Janata Dal (United) leader maintained that files should be declassified.

In an attempt to take credit for the release of Netaji files, Trinamool Congress MP Derek O'Brien says, West Bengal Chief Minister Mamata Banerjee was the first person to make public the files related to the great freedom fighter.

Family of Netaji leave for Parliament to meet PM Modi. 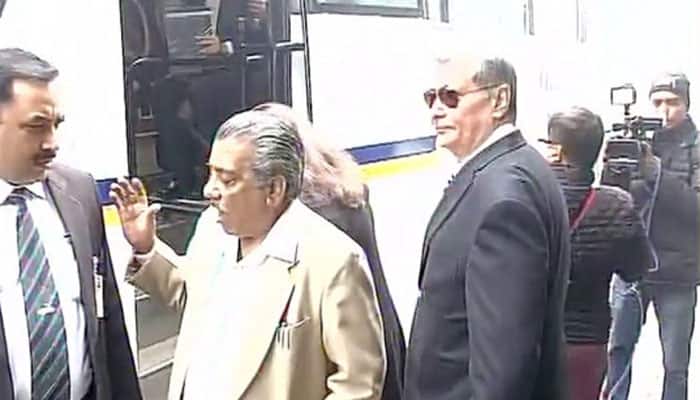 ​Home Minister Rajnath Singh pays tribute to Netaji saying "I bow to 'Netaji' Subhash Chandra Bose on his birth anniversary today. He is one of the greatest heroes of India's freedom struggle."

Commenting on the declassified files, the senior Bharatiya Janata Party (BJP) leader said: "Today is going to be historic day in India's history as PM Shri Modi will begin the process of declassifying documents pertaining to Netaji."

PM Modi will himself put the files in the public domain on the birth anniversary of Netaji. On October 14 last year, the Prime Minister had promised to declassify the files when he met 35 members of Bose's family at his official residence.

Today is a special day for all Indians. Declassification of Netaji files starts today. Will go to National Archives myself for the same.

The PM will  release digital copies of 100 files related to Netaji following the government's decision to declassify files on the freedom fighter.

The files, digitised and given "preliminary conservation treatment" by the National Archives of India, will be released on the birth anniversary of Netaji.

The iconic freedom fighter's family members have sought making public the documents, hoping questions about his mysterious disappearance seven decades back would be answered.

The demand for declassification of secret files with the Centre had gathered momentum, especially after the Mamata Banerjee government in West Bengal declassified 64 files in its possession last year.

Anita is convinced that the great freedom fighter died in the plane crash and demanded a DNA test to be done on his remains kept at Renkoji Temple in Japan.

The demand for declassification of secret files with the Centre had gathered momentum, especially after the Mamata Banerjee government in West Bengal declassified 64 files in its possession last year.

Banerjee has maintained that she didn't believe that the freedom fighter died in air crash and demanded that the 'Russian angle' in Netaji's disappearance needs to be probed.

Some writers have agreed to take back awards: Sahitya Akademi