Union Minister of State for Defence Subhash Bhamre said on Tuesday that stress-related manifestations among soldiers is on the rise and emphasised the need for good selection and training process. 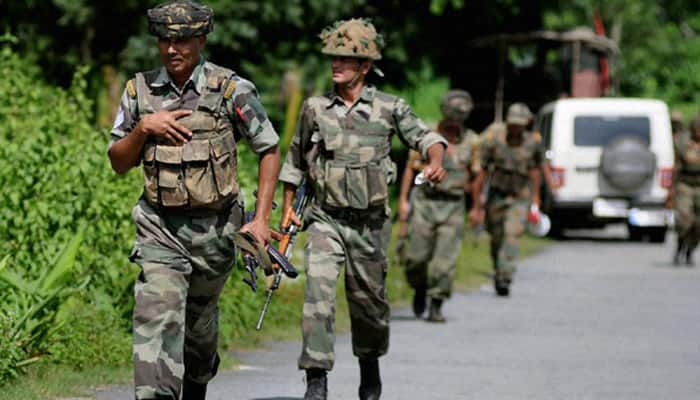 New Delhi: Union Minister of State for Defence Subhash Bhamre said on Tuesday that stress-related manifestations among soldiers is on the rise and emphasised the need for good selection and training process.

"Stress-related manifestations in soldiers are on the rise. There is a need to take adequate steps to counter them. With rapid pace of technological advancement and information warfare gaining strength day by day, these factors are taking a heavy toll on the human element," Bhamre said.

He was speaking after inaugurating the 58th Conference of International Military Testing Association, organised by the Defence Institute of Psychological Research (DIPR) that is a Delhi-based laboratory of the Defence Research and Development Organisation.

The minister said good selection and training was needed to ensure soldiers sustained in the current environment.

"Insurgencies, terrorism and fundamentalism are the threats that an Indian soldier faces within the country. Handling adversaries from within is a big hurdle. To select, train and sustain the military in such a hostile environment needs good selection, training and nurture," he said.

The four-day conference, that started on Tuesday, is themed `Psychological Assessment: Shaping the future Soldier`.

Bhamre said the assessment system, methodologies, techniques and tests developed by the DIPR are being used by 20 Services Selection Boards across the country.

The minister said it is a matter of pride that recruits for India`s armed forces, the world`s third largest, are scrutinised through tests developed by the DIPR.

Over 127 delegates from 21 countries, including hosts India, are participating in the conference.