First ever 3D map for Universe shows how it evolved

Scientists have, for the very first time, created a three-dimensional map of the 'adolescent' universe, which shows the evolution of galaxies over 11 billion years. 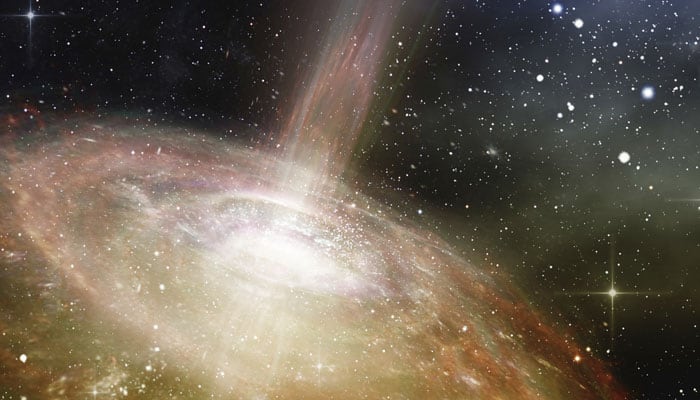 Washington: Scientists have, for the very first time, created a three-dimensional map of the 'adolescent' universe, which shows the evolution of galaxies over 11 billion years.

The map, built by a team led by Khee-Gan Lee from the Max Planck Institute for Astronomy was created from data collected from the W. M. Keck Observatory, and is millions of light-years across and provides a tantalizing glimpse of large structures in the 'cosmic web' the backbone of cosmic structure.

The map of hydrogen absorption reveals a three-dimensional section of the universe 11 billion light-years away. Since observing to such immense distances is also looking back in time, the map reveals the early stages of cosmic structure formation when the universe was only a quarter of its current age, during an era when the galaxies were undergoing a major 'growth spurt.'

It was created by using faint background galaxies as light sources, against which gas could be seen by the characteristic absorption features of hydrogen. Combining all of the measurements across the entire field of view allowed the team a tantalizing glimpse of giant filamentary structures extending across millions of light-years, and paved way for more extensive studies.

Using the light from faint background galaxies for this purpose had been thought impossible with current telescopes until Lee carried out calculations that suggested otherwise. To ensure success, Lee and his colleagues had obtained observing time at Keck Observatory, home of the two largest and most scientifically productive telescopes in the world. (ANI)