Not in touch with TMC for over a year: Odisha CM on Mamata Banerjee's call for support in CBI row

Odisha CM said that no one from TMC has contacted his party. 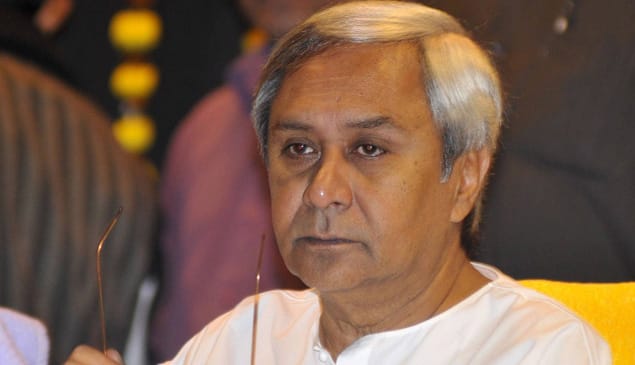 PURI: Odisha Chief Minister Naveen Patnaik on Tuesday said that there has been no communication with his West Bengal counterpart Mamata Banerjee's party TMC for over a year after the latter said she will consult the BJD leader in connection with her tussle with the Centre over the CBI move against Kolkata police chief.

''No one from TMC has been in contact with us for at least a year. Our party statement issued on Monday had to do with events in our state,'' the Odisha CM said.

He, however, added, ''we would like the CBI to do a professional and non-political job.''

Odisha CM Naveen Patnaik when asked if there has been any communication with WB CM over CBI matter: No one from TMC has been in contact with us for at least a yr.Our party statement y'day had to do with events in our state. We would like CBI to do a professional&non political job pic.twitter.com/O3wj4MCHMh

The remarks from the BJD chief came shortly after the West Bengal CM said that she will consult top political leaders including N Chandrababu Naidu, Arvind Kejriwal, Naveen Patnaik among others to take a call on ending her 'Satyagraha' against the Narendra Modi government.

Delhi Chief Minister Arvind Kejriwal and his Andhra Pradesh counterpart Chandrababu Naidu are due to arrive in Kolkata on Tuesday to meet West Bengal Chief Minister Mamata Banerjee, who has been staging a dharna against the Centre over CBI's bid to question Kolkata Police chief Rajiv Kumar in chit fund scam cases probe.

Leaders like DMK's Kanimozhi and RJD's Tejashwi Yadav had visited the dharna venue Monday to express solidarity with the firebrand Bengal leader.

West Bengal Chief Minister Mamata Banerjee's sit-in against the CBI's attempt to question the Kolkata Police chief in connection with chit fund scams continued for the third day on Tuesday.

Banerjee sat on a "Save India" dharna in front of Metro Cinema in the heart of the city on Sunday night insisting that the latest CBI action was tantamount to stifling the spirit of "Constitution and federalism" in the country.

The dharna site, titled "satyagraha mancha", has been devoid of any political colour.

The Chief Minister has been discharging her official duties, including the signing of papers, from the dais.

Sources close to Banerjee, who is also the Trinamool Congress chief, said she would continue to discharge her official duties from the protest site till the demonstration is called off.

She had said that her dharna would continue till Friday in view of the upcoming board examination.

"I will continue my Satyagraha till the country is saved. If you want to save the country then you will have to remove (Narendra) Modi," Banerjee had said.

The West Bengal Chief Minister has described her protest as a non-political one and welcomed all anti-BJP parties into it.

Prominent personalities, including poets and singers, have poured into the dharna venue to lend support to Banerjee's protest.

Actress Indrani Halder and senior ministers Arup Biswas and Indranil Sen were present at the 'dharna mancha' on Tuesday.

West Bengal Governor Keshari Nath Tripathi has earlier sent a detailed report on the current situation to the Centre.

If Odisha CM doesn't know Odia, he has no right to govern: Amit Shah in Puri