PM Narendra Modi interacts with Paralympic stars, says 'You all are ambassadors of the country'

The PM feels that the achievement unlocked by the para-athletes at the showpiece event will aid in boosting India's aspirations in sports. 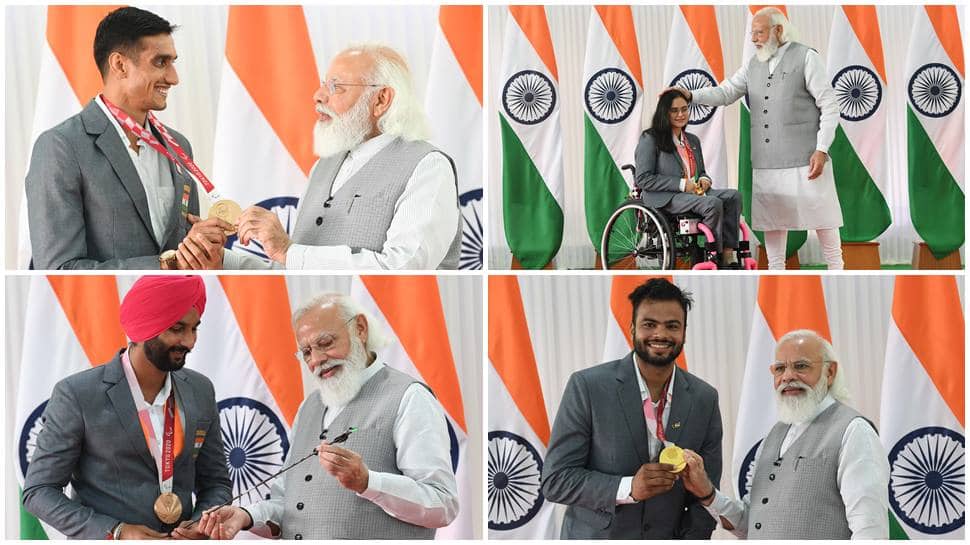 Prime Minister Narendra Modi lauded the valiant display of the Paralympians at the recently concluded Tokyo Paralympics, which saw India bag 19 medals at the event. The PM feels that the achievement unlocked by the para-athletes at the showpiece event will aid in boosting India's aspirations in sports.

The Prime Minister, who hosted the Indian contingent at his residence earlier this week, said he feels inspired by each and everyone.

The video of the meet has been released and Zee News also telecast a special episode honouring the Paralympics, which had moments from the event.

Interacting with our champions… #Paralympics https://t.co/IKVreoh5f3

"Your achievement will significantly boost the morale of the entire sporting community in the country, and budding sportspersons will feel encouraged to come forward to take up sports. This performance has led to awareness about sports that is increasing by leaps and bounds in the country," PM Modi told the entire contingent.

The Prime Minister also hailed the spirit of the 54-member contingent, stating: "A true sportsperson does not get bogged down by defeat or victory, and keeps on moving forward. You all are ambassadors of the country, and you have increased the prestige of the nation on the world stage through your remarkable performance."

During the meet, the Prime Minister interacted with every member, who also thanked Modi, for uplifting sports and helped them gain recognition.

Many also gifted their sporting equipments to the PM and a stole was also presented to him, which had signatures if of all the medalists.

India, who's maiden trip to the Paralympics was in 1968, had won just 12 medals until the previous edition held at Rio in 2016. However, the medal graph witnessed a meteoric rise and went on to bring home 19 medals (5 gold, 8 silver, and 6 bronze). Out of a total of 162 participating nations, India finished 24th in the overall medal tally.