Aditi Ashok will face an uphill task to stay for weekend action after carding a four-over 76 in the first round of the ISPS Handa Women’s Australian Open on Thursday. 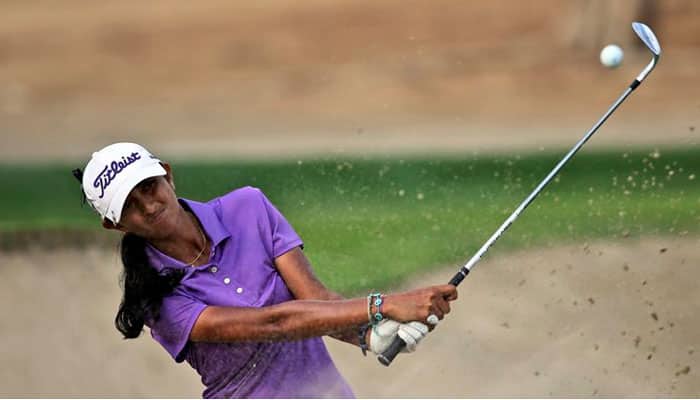 Kooyong: Aditi Ashok will face an uphill task to stay for weekend action after carding a four-over 76 in the first round of the ISPS Handa Women’s Australian Open here on Thursday.

The 19-year-old Bengaluru golfer is lying way down in 110th place and would need a solid showing on Friday.

Aditi, who gave herself a decent start in 2018 with a T-7 in Canberra, opened with a bogey but that was neutralized when she birdied the very next hole. A birdie on ninth meant she turned in one-under.

But the Indian went through a rough patch over the next six holes as she bogeyed the 10th and then had four more bogeys in a row from 12th to 15th.

There were as many as 10 players on four-under 68 and that group included Kiwi Lydia Ko and Swedish Caroline Hedwall.

Jin Young Ko is ranked 20th in the world and a winner of 10 KLPGA tournaments. Ko secured LPGA Tour membership by winning the Hana Bank tournament in Korea last year, a co-sanctioned event.

Jiyai Shin is the 2013 Australian Open champion and she won last week in Canberra.

Perth’s up-and-comer Hannah Green is on the next line at three-under after he 69, closing with a birdie to be the leading Australian.

Veteran Karrie Webb had a good day, shooting 70 despite a cruel break at the 11th where her near-perfect iron approach hit the flag and spun off the green. Top-ranked Minjee Lee had an even-par 72.

Sardar Singh not over yet, targets Tokyo Olympics as his swansong