The result of the match against an experienced Mike Snider was Vijender Singh's 11th consecutive win. 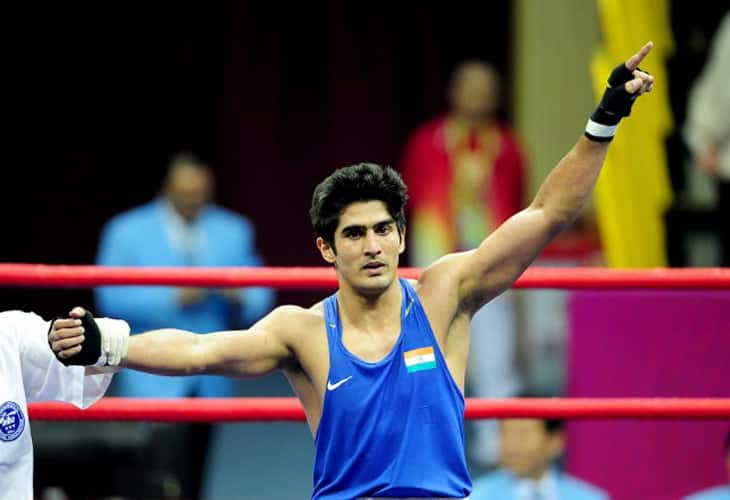 Newark: Vijender Singh won a technical knockout against Mike Snider of the United States on his debut in the US professional circuit here at Prudential Centre on Saturday night.

The 34-year-old Asia Pacific super middleweight champion outclassed the experienced Snider in the fourth round.

With the victory, Vijender registered the 11th win of his career. "It was excellent getting back in the ring after a long time off. It`s great to be here in the USA and to get the win. It was really exciting. I am really happy for my winning debut in USA," Vijender said in a statement.