Following Barron's shocking death, the witnesses of the bout criticised the amount of time taken before the wrestler was given medical attention. 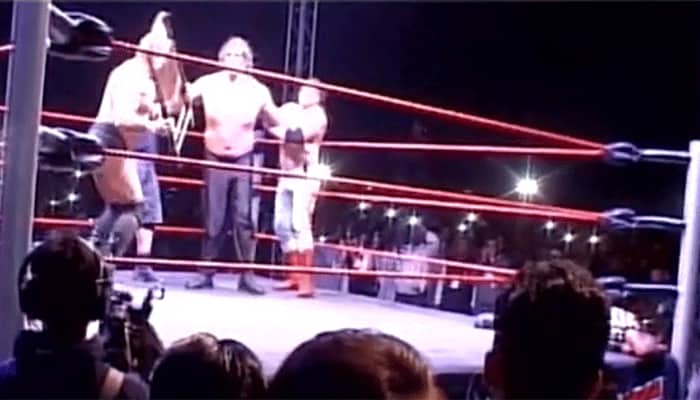 Mexican wrestler and actor Cesar Barron, who appeared in the movie Nacho Libre, has recently passed away after collapsing during a bout in London. Barron was 51.

Barron, who was popularly known as 'Silver King', was performing in the ring in front of his fans for an event named "the Greatest Show of Lucha Libre" at the Roundhouse in Camden when the wrestler suffered a heart attack, the organisers said.

The Mexican was locking horns with Juventud Guerrera when he got suddenly collapsed on the canvas and did not get up for about 30 seconds.

Subsequently, as Barron tried to stand back, Guerrera first kicked him and then spent half a minute trying to turn him over before eventually pinning him down and holding his leg up as the referee started counting him out slowly.

According to footage shared on social media, Barron was apparently lying unconscious for about two and a half minutes before he was eventually attended by the referee and some other responders who were not medical professionals, the Guardian reported.

Following Barron's shocking death, the witnesses of the bout criticised the amount of time taken before the wrestler was given medical attention.

In 2006 movie ''Nacho Libre'', Barron played the role of a villain alongside actor Jack Black, who featured as a priest in training who eventually becomes a wrestler.

Barron, who is a son of famous grappler known as Dr. Wagner, competed in World Championship Wrestling between 1997 and 2000, while he had been wrestling professionally since 1985.