Anne Hathaway confirms 'The Princess Diaries 3' is in works

Actress Anne Hathaway, who worked in the two "Princess Diaries" movies, has confirmed that she wants to do a third installment of the romantic comedy film franchise and so does her co-star Julie Andrews. 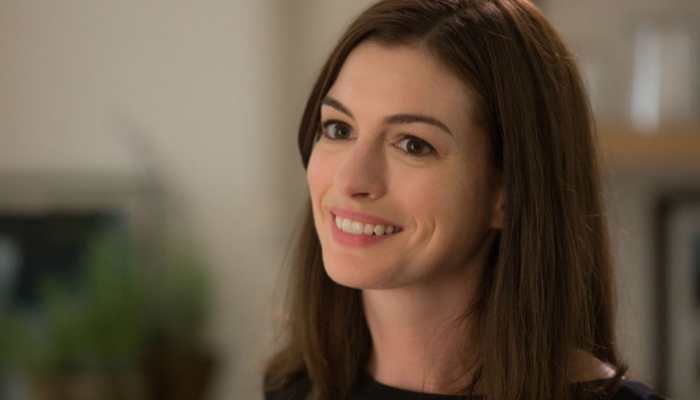 Los Angeles:  Actress Anne Hathaway, who worked in the two "Princess Diaries" movies, has confirmed that she wants to do a third installment of the romantic comedy film franchise and so does her co-star Julie Andrews.

As for how far the new project is in development, the Academy Award-winning actress said there's already a script for it, reports aceshowbiz.com.

"There is a script for the third movie," she said during an appearance on "Watch What Happens Live" with her "Serenity" co-star Matthew McConaughey.

Hathaway added: "We all really want it to happen, we just don't want to do it unless it's perfect. We love it just as much as you guys love it, it's as important to us as it is to you, and we don't want to deliver anything until it's ready, but we're working on it."

Released in 2001, "The Princess Diaries" marks Hathaway's breakthrough role with her portrayal of Mia Thermopolis.

The movie, is based on Meg Cabot's young adult novel of the same name, which follows a shy San Fransicso teenager, Mia, who learns that she is the heir to the throne of a European kingdom, Genovia.

Under the tutelage of her estranged grandmother (Andrews), the kingdom's reigning queen, Mia must decide whether she wishes to claim the throne she has inherited or permanently abdicate her title.

Hathaway returned in 2004's "Princess Diaries 2: Royal Engagement", which centers on Mia's romantic relationship as she's tasked with finding a husband to keep the throne. She falls in love with bad boy and rival heir, Lord Nicholas Devereaux, challenging the old royal marriages law. Unlike the first installment, the sequel is not based on any of the books.